Rebranded Thermogenesis used its quarterly call to outline plan to target unmet tech and manufacturing needs in the CAR-T sector. 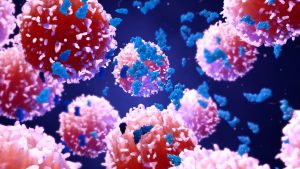 He explained that cancer patients who are otherwise eligible for CAR-T trials are often unable to take part because they do not have enough healthy immune cells to manufacture the therapy being tested.

Immunecyte aims to address this by letting people preserve younger, healthier and uncontaminated cells as a future resource for the production of cellular immunotherapy.

ŌĆ£The concept is not new, but the critical unmet need is very new,ŌĆØ Xu said, explaining that ThermogenesisŌĆÖ CAR-TXpress platform will be core to ImmunecyteŌĆÖs competitive strategy.

Xu said it can take up to four hours to process a 200 ml sample for cell banking using traditional methods. Such processes are labour intensive and require dedicated GMP grade units.

XU contrasted this with ImmuneCyteŌĆÖs offering, explaining the ŌĆ£CAR-TXpress platform can increase cell processing efficiency by up to 16-fold as compared to traditional methods, Immunecyte will be able to offer banking at a very reasonable cost.ŌĆØ

The call also touched on ThermogenesisŌĆÖ rebranding and strategy change.

The firm was founded as a medical device firm in the 80s. In the 90s, it developed automated cell separation and cryostorage tech for the stem cell and cord blood industry.

In 2014, it rebranded as Cesca Therapeutics with the aim of developing regenerative medicines.

The next few years saw Cesca experience ŌĆ£severe financial difficultiesŌĆØ according to Xu, who got involved in 2016 when he invested $50 million and became the firmŌĆÖs biggest shareholder.

Last month when Immunecyte was formed Cesca said it would ŌĆ£contribute its clinical development assets to the joint venture, as the company has decided to discontinue these activities in order to focus exclusively on the device business.ŌĆØ

Thermogenesis net revenue for the three months ended September 30, 2019 were $4.1 million (Ōé¼3.7 million), up from $3.1 million in the comparable period last year. The firm said the increase was powered by AXP and CAR-TXpress sales.

It said, ŌĆ£The AXP increase was driven by approximately 270 more cases sold to domestic end users in the current quarter.┬Ā CAR-TXpress sales increased primarily due to new customers that adopted the system.ŌĆØ