Blockchain tech is ideal for SARS-CoV-2 vaccine supply chains according to an expert who says efficiency and trust are vital.

In the six or so months since SARS-CoV2 ‚Äì the causative agent of COVID-19 ‚Äì was detected, public health efforts have focused on finding ways to slow the spread of the virus until a vaccine could be developed.

In parallel vaccine developers have accelerated their efforts. According to the World Health Organisation (WHO) there are 23 candidate SARS-CoV2 jabs in clinical trials and 140 in animal studies. 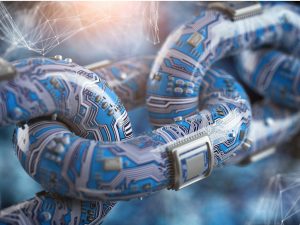 With several of these candidates poised for Phase III trials, the focus of many in the sector has shifted to manufacture.

Making enough vaccine to protect billions of people against the virus is a significant undertaking. Collaboration is core to many efforts, with developers like Moderna and AstraZeneca calling on multiple CDMOs to try and ensure sufficient capacity.

How to distribute SARS-CoV2 vaccines in a secure and efficient manner is another question.

A blockchain ‚Äì a digital record of transactions that can be viewed but not edited ‚Äì is a potential solution according to Kevin Beasley, CIO at software firm VAI.

‚ÄúBlockchain based supply chains would be better because they will instill trust for consumers, who during this situation may have heightened fears about safety and reliability within the supply chain.

‚ÄúAlso, with current workforce related issues, blockchain can help supply chains to be more efficient in these times,‚Äù he added.

Beasley said a blockchain-based SARS-COV-2 supply chain would be a private-based, highly controlled environment, explaining it ‚Äúwould enable confidence for everyone from manufacturers down to doctors and recipients of vaccines that it has been verified along every step, and safe for distribution.

‚ÄúSince the data in a blockchain is tamper proof, people can feel safe when a vaccine is available.‚Äù

The minimal investment required to join a blockchain would also be an advantage according to Beasley.

‚ÄúUsually only the biggest providers and pharmaceutical companies would be part of the blockchain or, it would entail them going to companies such as IBM or others as the blockchain provider.‚Äù