Evonetix is aiming to bring semiconductor technology to DNA synthesis and claims it has achieved enzymatic DNA synthesis through its thermally controlled synthesis chemistry, which is part of a three-year development program supported by Innovated UK and Durham University.

The firm said the results demonstrate that its semiconductor array-based platform is compatible with enzymatic and chemical DNA synthesis. In turn, enabling the manufacture of scarless DNA sequences that are suited to downstream processing. 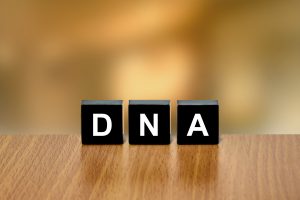 ŌĆ£Semiconductor technology essentially means silicon chips. We have developed a chip that controls the synthesis of DNA on its own surface. This means we can prepare thousands of independent sequences of DNA on a chip the size of a postage stamp,ŌĆØ a spokesperson for Evonetix told BioProcess Insider.

The chips use temperature to control DNA synthesis and each synthesis site on the chip has independent temperature control so Evonetix can selectively deprotect at the right point to add the next nucleotide.

ŌĆ£The precise thermal control of the chips also allows us to use the fact that mismatches in double stranded DNA lower the melting temperature of those sequences. We are using a machine learning approach to predict melting temperatures very accurately so we can use temperature to remove any mismatching sequences,ŌĆØ the spokesperson said.

According to the firm, the current typical enzymatic DNA synthesis approaches are dependent on more conventional platforms such as column-based synthesis systems. And the spokesperson said the existing approach makes it hard to up the number of DNA sequences that are prepared in parallel.

ŌĆ£Our thermal control of the synthesis cycle allows us to break away from the limits of traditional methods, to use semiconductor-based arrays and thermal error correction. This enables highly parallel synthesis in in a way that cannot be achieved by conventional means. This approach will make it possible for users to run applications such as gene synthesis, CRISPR screening and protein engineering, from a single platform, at scale, in their own lab.ŌĆØ

Need in the industry

Evonetix said synthetic biology is expected to affect many industries. And the production of high-fidelity DNA in large quantities, without the need for post-synthesis error correction has continued to be a challenge.

However, the firm says its approach ŌĆ£enables parallel synthesis of thousands of sequences on a single chip,ŌĆØ meaning that it can ŌĆ£construct long accurate sequences quickly in the usersŌĆÖ own labs so they no longer have to wait for external service providers to do this work for them. Using enzymatic synthesis significantly reduces the use of hazardous chemicals and sensitive reagents, making the process far more usable in a standard lab.ŌĆØ

The validation of this method means sequences that usually take three weeks or more to be complete will be ready in just three days. Because of this, Evotenix anticipates researchers to be able to expand the scope of specific projects, construct longer and more complex gene sequences and apply them to a range of applications, including personalised medicine, DNA and RNA vaccines, biofuels, agriculture, and industrial bioprocess.