HPNE has been contracted to produce pharmaceutical consumable equipment for the Biomedical Advanced Research and Development Authority (BARDA) and its third parties, issued in response to a Presidential Declaration of Public Health Emergency.

The $15 million contract ŌĆō number 75A50122C00009 ŌĆō forms part of the office of the Assistant Secretary for Preparedness and Response at the US Department of Health and Human Services within a Presidential Declaration of Public Health Emergency. 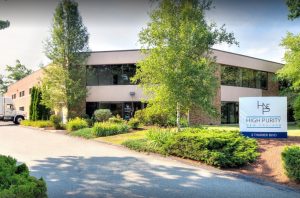 ŌĆ£This is a tremendous win for the company,ŌĆØ a spokesperson from the bioprocess vendor told BioProcess Insider. ŌĆ£This contract will greatly expand our ability to create and manufacture products including single-use assemblies, single-use pumps, sterile individually packaged components, and single-use mixing systems, as well as a host of other exciting products that we have not yet begun to produce but are in the final stages of development.ŌĆØ

HPNE has built its business up over the past few years and has recently invested more than $10 million at its plant in Smithfield, Rhode Island. HPNE boasts more than 100,000 square feet of capacity across three pants at the site, and the BARDA deal will help grow this further.

ŌĆ£We have really expanded in the past six years, but specifically in the past three we have exploded. This will also give us the opportunity to expand into our fourth facility, continuing our expansion into what has become a small campus along Thurber Boulevard,ŌĆØ we were told.

ŌĆ£This will also help us to implement lots of new initiatives including strategic software implementations, among others, and indirectly it will allow us to pursue other exciting initiatives such as new product development.┬ĀŌĆ£

The firm was unable to disclose how much of its capacity ŌĆō and future capacity ŌĆō will be dedicated to the BARDA contract.