MilliporeSigma is seeing “terrific momentum” from the burgeoning cell and gene therapy space, but says double-digit growth continues to be driven by monoclonal antibodies (mAbs).

The recent buzz in biopharma has been around the cell and gene therapy space, along with other modalities such as mRNA.

It is no surprise that news outlets, such as this one, focus on ‘new’ modalities such as cell therapies, gene therapies, and mRNA. These are touted as the next-generation in treating and curing diseases, and so interest in the growing number of such candidates entering the clinic is high. 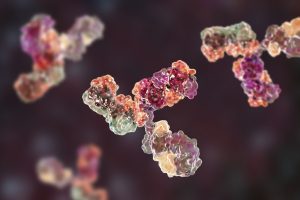 Simultaneously, the service industry that supports the biopharma space will benefit from the surge in these new modalities and like other bioprocess vendors, German Merck’s MilliporeSigma is seeing an uptake in its services for these next-generation therapeutics.

“It is really a brilliant time to be in Life Science,” Udit Batra, CEO of Life Science, said on a third quarter investor call. “In my two-and-a-half-decade association with pharma, I don’t remember a time when so many effective approaches and modalities including cell therapy, gene therapy, mRNA, SiRNA based approaches have all made it to the clinic.”

He added that “almost 33% of the biologics pipeline consists of these novel modalities today,” yet for MilliporeSigma monoclonal antibodies (mAbs) still dominate revenues and will continue to do so for some time.

“There is terrific momentum in the novel modalities area,” and in the firm’s testing business 30-40% of the molecules represent such products.

However, this is a small part of MilliporeSigma’s business, and Batra cautioned against assuming growth in the firm’s core bioprocess segment would be led by anything other than mAbs anytime soon.

“The mAbs growth is by far the lion’s share. Over 90%, I would even say 95% of our growth comes from the continued strength in monoclonal antibody consumption,” Batra told stakeholders.

For the quarter, Merck’s Process Solutions business saw organic growth of 16% year-on-year, with bioprocessing specifically growing in the low 20s.

For some comparison, fellow bioprocess vendor Repligen Corporation has been riding high on cell and gene therapy demand of late, both in its recent Q3 results and in a presentation given at the Stifel Healthcare Conference this week.

“Revenues from gene therapy customers have surpassed expectations, increasing from approximately 7.5% in 2018 to an estimated 15% of total revenues in 2019,” Stifel analyst Daniel Arias said in a note.

“Most of the uptake in gene therapy has been for products in downstream processing (including chromatography and flat sheet cassettes), while hollow fiber filters have also gained some traction in upstream processes. Although one-year results do not make a trend, management sees potential for 20+% revenue growth from gene therapy in the coming years.”