Polyplus-transfection SA has expanded its reagent portfolio, citing the growing number of candidate cell and gene therapies nearing commercialization as the driver.

The French biotech launched a range of sizes of its PEIpro-GMP reagent in single-use bags and bottles this week. 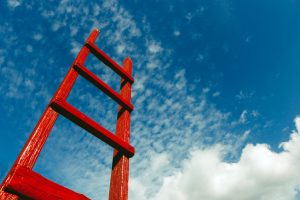 The expanded range is designed to cater for firms preparing to commercialize products according to Polyplus, which said developers scaling-up production typically need to perform multiple small-scale transfections in multiple cell culture units.

Claire Wartel, Polyplusâ€™ director of quality and compliance, cited the maturation of the cell and gene therapy sector as the driver.

â€śThe focus of the market has evolved to commercialization and late-stage clinical stages. This means the therapeutic production scale and strategy needs to be adaptable to the production of each viral vector, whilst complying with cGMP manufacturing requirements.

â€śTo provide this critical function in making available therapies to patients, Polyplus-technology is now able to offer a sustainable solution for viral vector platformsâ€ť she said.

Polyplusâ€™ comments about the cell and gene therapy sector are in keeping with market analysis by the pharmaceutical research and manufacturers of America (PhRMA).

According to the industry group there are 289 cell and gene therapy products in development, which is a marked increase on previous years. A significant number of these candidates are in late phase trials, particularly in indications like cancer and cardiovascular disease.

How many of these products will be successfully commercialized is an open question, with many experts express concerns about industryâ€™s readiness to manufacture such products.

For example, the authors of a recent paper in Biotechnology Letters cited manufacturing and scale-up as major challenges facing the sector.

â€śMore and more cell and gene therapies are being developed and with the increasing number of regulatory approvals being obtained, there is an emerging and pressing need for industrial translation.

â€śProcess efficiency, associated cost drivers and regulatory requirements are issues that need to be addressed before industrialisation of cell and gene therapies can be established.â€ť