Some biomanufacturers are waiting up to a year for single-use equipment, according to ABEC. And while vendors are expanding capacity these projects will take months to come online.

Early in the COVID-19 pandemic, single-use bioprocess systems and materials were highlighted as necessary tools in the development and commercial manufacture of potential vaccines and therapies. The speed and flexibility needed to make novel vaccines, including mRNA, DNA, and viral vectors, meant those platforms were largely built on single-use technologies.

Coupled with the increased trialing by drugmakers to use disposable systems commercially before the pandemic, demand for single-use components has never been bigger, putting a strain on supply chains. 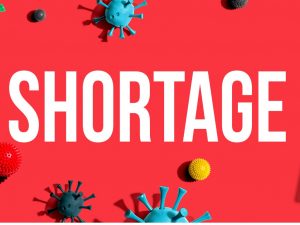 ‚ÄúCOVID-19 has accelerated an already rapidly growing demand for single use systems,‚Äù Brady Cole, VP of Equipment Solutions at bioprocess vendor ABEC told BioProcess Insider. ‚ÄúDemand for manufacturing of COVID-19 therapeutics came on top of other drivers including gene therapy growth and next generation flexible cell culture facilities for antibodies and other recombinant proteins.¬Ý ‚Äú

As such, ABEC is hearing from multiple customers that there are significant delivery delays for single-use bags and tube sets.

‚ÄúLead times from other suppliers have gone out to 10, 11, and even 12 months. Lead times for their equipment have also dramatically increased,‚Äù he said. ‚ÄúCOVID-19 rightly has taken priority, but that has disrupted manufacturers of non-COVID-19 biopharmaceuticals.‚Äù

Cole‚Äôs comments back up those from a Bioplan Associates‚Äô industry survey taken last year, which found delays obtaining single-use systems were a major concern among CDMOs and end-users, exacerbated by COVID-19.

All the big vendors have responded to the demand by expediting investment projects or upping their capital expenditures. Pall Corporation, for example, has invested $114 million to increase its single-use output, while fellow suppliers including Thermo Fisher, Cytiva, and MilliporeSigma have accelerated expansion plans to support industry‚Äôs backlog.

However, these major assembly capacity expansions will take several months to come online, said Cole, meaning shortages of some components will continue.

ABEC itself claims to have a lead time of around 16 weeks for its custom bioreactor bags. The firm operates 318,000 square feet of manufacturing capacity across four facilities ‚Äì two in the US (Bethlehem, Pennsylvania and Springfield, Missouri) and two in Ireland (in County Meath and County Cork) ‚Äì which Cole said is ‚Äúthe largest manufacturing capacity in the industry.‚Äù

The firm has seen significant increase for its bioprocess systems over the past year, particularly its 4,000 L mammalian bags.

Six such systems were delivered to the Serum Institute‚Äôs site in Pune, India, while ABEC‚Äôs equipment has been installed in Emergent‚Äôs Bayview, Maryland facility, commissioned to make J&J and AstraZeneca‚Äôs COVID-19 vaccines (The plant is currently under regulatory scrutiny unrelated to the use of ABEC‚Äôs bioreactors).

And within the past few weeks, the company has announced Spain‚Äôs mAbxience as a single-use customer, as well as seeing its equipment installed at Catalent‚Äôs plasmid production facility in Rockville, Maryland.

The firm is managing its production network in several ways to overcome delays. ‚ÄúABEC has complete, in-house manufacturing capabilities for both our equipment and disposables.¬Ý We do not outsource system or disposable container (DC, a.k.a bag) manufacturing, so we have full control over our supply chains,‚Äù said Cole.

Furthermore, he said the firm has already built significant equipment and disposables manufacturing capacity to support growth and has multiple providers of key components on the books for quick adjustment if a supplier has a disruption.