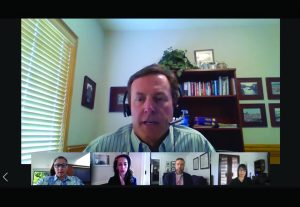 This part of the BPI Theater program focused on emerging bioprocess technologies and their implications for cell and gene therapy (CGT) products. Doug Miller assembled a panel showcasing a wide range of technical expertise and representing several CGT industry stakeholders. That pluralism yielded far-reaching discussions about what CGT capabilities exist, what advances could facilitate therapy manufacture, and how companies might pursue technological development.

Viral-Vector Therapies
Miller kicked off the panel by asking speakers to describe significant challenges facing the manufacture of in vivo gene therapy products.

Kelly observed that although process efficiency and improved titers are clear priorities, producers of vector-based CGTs must begin scrutinizing analytical characterization methods. He explained that having spent most of his career in the therapeutic-protein space, ŌĆ£it is tough to consider [AAV-vectored products] as well-characterized biologics compared with what we are able to do with proteins.ŌĆØ Part of the problem is industry reliance on old technologies. By applying high-performance liquid chromatography (HPLC), mass spectrometry (MS), and other new analytical techniques more frequently than it does now, the industry can begin to understand CGT potency and optimize dosing requirements.

Boosting Baculovirus Expression: Andy Ramelmeier of Sangamo Therapeutics, an early adopter of Spodoptera frugiperda (Sf9) cells and the baculovirus-expression vector system (BEVS), reported similar concerns about process productivity among companies that use insect-cell culture. He explained that BEVS is a transient transfection method. It is mature and well-understood but requires significant resources at high costs, even when companies choose to develop a baculovirus-infected insect-cell (BIIC) bank. ŌĆ£ItŌĆÖs not just about the cell bank. ItŌĆÖs also about cell banks for the insect-cell culture, banks for your capsids, and banks for transgenes that go inside your capsids.ŌĆØ Ramelmeier added that for indications such as hemophilia A, ŌĆ£youŌĆÖre going to run out of BIIC by the time youŌĆÖre halfway through commercial launching of your product.ŌĆØ Thus, companies that use BEVS often struggle to manage raw materials and supply chains for long-term product viability.

Further development of Sf9 producer cell lines could alleviate such challenges, and several companies are experimenting with that strategy, Ramelmeier explained. An effective producer cell line could reduce steps needed for Sf9-based viral production and increase cell mass in ways that transient transfection cannot. Improved producer cell lines also would sidestep questions about scale-up. ŌĆ£We donŌĆÖt know yet what transfectionŌĆÖs scalability prospects might be,ŌĆØ and moving beyond 2,000-L batches is essential if companies that use BEVS want to reach broader patient populations.

Virus-Free Delivery: Daniella Kranjac, founding partner of Dynamk Capital, a growth equity and venture capital firm, pointed out that problems with process productivity and yield make now an excellent time to explore disruptive CGT technologies. Cell-free DNA manufacture and nonviral delivery methods merit further investigation because they would undercut several concerns with viral vectors. Vector production accounts for most of the cost and inefficiency in CGT bioprocessing. Because such steps require considerable customization, they also drive up development costs. Currently, nonviral vectors make up less than 10% of CGT trials, but they are attracting more attention than ever before because they hold promise for delivering genetic material safely to patients, lowering therapy-production costs, and simplifying CGT manufacturing.

One especially promising technology, Kranjac observed, is a platform developed by CellFE Biotech, an emerging biotechnology company based in Alameda, CA. CellFE technology uses microfluidic channels to enable host cells to acquire genetic cargo. The CellFE group has received multiple grants from the US National Institute for Innovation in Manufacturing Biopharmaceuticals (NIIMBL) and has several proof-of-concept studies underway.

Ex-Vivo Therapies
Growing Pains: Ran Zheng of Orchard Therapeutics, which uses hematopoietic stem cells (HSCs) to address blood and genetic disorders, reported significant challenges in the development and manufacture of autologous gene-modified cell therapies. Chief among those problems is a lack of process knowledge. Because the industry is young, researchers still are learning how product quality attributes (PQAs) factor into clinical outcomes. Product-characterization techniques such as quantitative (qPCR) and reverse-transcription polymerase chain reaction (RT-PCR) have enriched product and process understanding, but now the industry needs modern product-attribute assays and multiomic approaches to ŌĆ£connect the dotsŌĆØ between PQAs and clinical outcomes.

Until those dots are connected, it remains difficult to establish appropriate control strategies for autologous products. Zheng remarked that the current question is whether to use traditional control strategies to assess product consistency across therapies or pursue adaptive control strategies and adjust process parameters for individual batches. Having only scratched the surface of the control-strategy conundrum, CGT companies do not as yet have an adequate answer.

Scalability will be a critical concern as Sangamo develops zinc-fingerŌĆōassisted therapies. Part of the problem with using HLAs, Ramelmeier admitted, is that manufacturers must start their processes with a human blood source, which limits scalability. Induced pluripotent stem cells (iPSCs) could alleviate such challenges because they can differentiate into several desired cell types. And if such applications pan out, iPSC cell banks could streamline allogeneic-therapy manufacture.

Ramelmeier emphasized that further manufacturing developments will require drug developers to revalue the analytical work of clinical development teams. Considering that many CGTs lack robust control strategies, clinical units will be the parties that identify knowledge gaps and areas for product and process improvement. Ramelmeier learned this lesson while working on a CD34-expressing product. Assays performed before clinical work had been effective but broad in scope. When the product moved into trials, analytical teams called attention to PQAs that merited further investigation.

The resulting assays uncovered high genetic diversity in the product, which initiated necessary process modifications. ŌĆ£That was a close relationship that IŌĆÖd never had before with a clinical group,ŌĆØ Ramelmeier reflected. It required daily collaboration toward process optimization, and that interactivity was different from what he had experienced producing monoclonal antibodies (MAbs) in Chinese hamster ovary (CHO) cells. ŌĆ£[Clinical] would say, ŌĆśGive me the MAb. This is the high level [of purity] we need.ŌĆÖ So we focused on making as much product as possible with a certain amount of purity. That is not the caseŌĆØ with less well-characterized CGTs, however.

Leveraging Expertise
Discussion segued naturally from the challenges of CGT production to the technical capabilities of contract development and manufacturing organizations (CDMOs). Miller asked panelists to focus on technology licensing, asking why it might be important for CDMOs to provide a platform instead of adapting client technologies and processes.

Kelly suggested that CGT sponsors ŌĆö even more than sponsors of conventional recombinant-protein products ŌĆö need contract partners to possess capability and expertise. ŌĆ£The advantage of a platform is that it gives your partner the opportunity to become an expert. If youŌĆÖre running fundamentally the same process day in and day out for every construct that comes in, you really develop that expertise and an ability to troubleshoot and optimize.ŌĆØ That can expedite production. As an example, Kelly highlighted the work of Viralgen Vector Core, a CDMO that uses AskBioŌĆÖs AAV production technologies. Because Viralgen uses an established platform, it takes only two weeks to generate a 2-L feasibility batch for client assays. Upon client approval, a drug can proceed directly to clinical production.

Kelly cautioned that plasmid development can be a ŌĆ£rate-limiting step.ŌĆØ But adopting a CDMOŌĆÖs platform can accelerate production when sponsors cannot procure enough starting material themselves. He cited Touchlight AAV technology as an example. The platform, designed by AskBio and Touchlight Genetics, ŌĆ£performs enzymatic synthesis of linear, double-stranded covalently closed DNA fragments that we know we can transfect effectively to generate AAV particles just as well as ŌĆö or better than ŌĆö we can with conventional plasmids.ŌĆØ Effectively, sponsors can leverage contract partnersŌĆÖ resources to ŌĆ£circumvent process development, at least for early clinical stages.ŌĆØ For common AAV serotypes, the Touchlight AAV platform consistently yields between 2 ├Ś 1017 and 3 ├Ś 1017 of purified viral genomes per 250-L batch.

Kelly acknowledged sponsor anxieties about intellectual property (IP) and licensing when using a partnerŌĆÖs platform. Viralgen and AskBio offer a novel arrangement to assuage such concerns. A fee-for-service contract with Viralgen gains a sponsor access to AskBio technology without need for licensing agreements and royalties. The tradeoff is that AskBio owns and retains the platform. ŌĆ£So, there is less flexibility in terms of technology transfer than with conventional CMOs. But we believe that such a tradeoff makes sense given what we think we can offer in this space.ŌĆØ

Zheng reiterated the importance of leveraging CDMO technology and expertise to accelerate development timelines. CGT startups especially would benefit from partner technologies because often they are ŌĆ£trying to fly the plane while building it.ŌĆØ In such cases, it helps for CDMOs to have not only the know-how, but also the patent rights necessary to develop and improve processes according to client needs.

Evaluating Progress
Miller observed that CGT developers and manufacturers often tout their emerging technologies. But companies must ensure that they are estimating a technologyŌĆÖs potential accurately.

Kranjac observed that key metrics exist. It helps first to assess industry-wide pain points and priorities. Reflecting on the terrain covered in the panel discussion, she reiterated that insufficient vector production and process inefficiencies top the list of CGT industry anxieties. Thus, companies might choose to explore technologies that negotiate those hurdles. But other opportunities abound. Some companies are committed to process closure and thus are scrutinizing the interconnectivity of their operations. Other organizations are exploring nonviral vectors and cell-free protein expression.

Downstream assays are garnering more attention than they have in the past because they continue to be costly and labor intensive. After assessing the industry overall, a company should examine a technologyŌĆÖs proof of concept, utility, and market demand.

Kranjac added that firms such as Dynamk Capital can mediate productive conversations between therapy developers and biotechnology vendors. ŌĆ£As an investor that bridges ŌĆśbiotech,ŌĆÖ ŌĆśbiopharma,ŌĆÖ and life-science entrepreneurs, we can translate the needs of therapy and technology innovators.ŌĆØ When vendors hope to establish proof of concept for their systems, Dynamk can contract with other groups to perform and/or validate the requisite benchwork. Equally important is that a capital firm can ŌĆ£help with setting expectations for everything from good manufacturing practice (GMP) readiness to automation, documentation, database migration services (DMS), and supply chains.ŌĆØ

Looking Back to the Future
Kranjac worried that despite abundant discussion of technological progress, the CGT industry continues to use ŌĆ£systems that are far from ideal and not fully industrialized.ŌĆØ Many CGT technologies carried over from traditional biologics manufacture and might be ill-equipped to serve CGT developers and manufacturers. Yet the industry is reluctant to invest in disruptive systems and platforms considering stringent regulatory requirements, limited resources, and high production costs.

But Kranjac reminded panelists and attendees about late-1990s investments in WAVE bioreactors. Much of the industry doubted their utility, yet they have become mainstays in CGT production. ŌĆ£Customers at the time were willing to take a chance on novel technology. It was simple, it reduced labor, it worked, and though it may not have been fully baked in 1999, people started implementing it and designing it into their clinical trials.ŌĆØ

Many of todayŌĆÖs CGT sponsors are too risk averse to support technological innovation. But Kranjac suggested that industry pain points are critical enough that ŌĆ£some intrepid groups are making the leap.ŌĆØ To be successful, life-science companies will need to ŌĆ£put forward something that has a supply chain in check and that not only looks robust, but that really ŌĆśwalks the walk.ŌĆÖŌĆØ