Australia is the only Asia–Pacific country that’s home to one of the world’s top-10 biotechnology companies (in revenue): CSL Limited, a maker of drugs, vaccines, antivenoms, blood products, and diagnostics. Many companies in the West consider this country a “gateway” to the Asia–Pacific region because of its relatively familiar culture, language, laws, and infrastructure. Indeed, Australia’s proximity to Singapore, Indonesia, Malaysia, and the rest of Asia compares favorably to the rest of the English-speaking world. For cell therapies and other time and temperature-sensitive biologics, that can be a critically appealing factor. But the country is known more for tourism and mining than for biopharmaceuticals. Australian successes such as the LONG-R3 IGF cell culture supplement (originally developed by GroPep Bioreagents of Adelaide, then licensed by SAFC and Novozymes Biopharma) and Arana Therapeutics of New South Wales (taken over by Cephalon in 2009) seem to get snatched up so quickly that few people are aware of their “down-under” origins.

“Oz” By the Numbers

Australia fared relatively well during the recent global recession. According to the Organisation for Economic Cooperation and Development (OECD), the country’s gross domestic product (GDP) maintained a gradual but steady growth while others saw sharp decreases in the second half of 2008. Its employment numbers rose, too, while others dropped off. At a September 2010 conference in Sydney, OECD’s chief statistician Martine Durand attributed mu this to Australia’s strong relationship with the rest of the Asia–Pacific to which three-quarters of all it go. A full quarter of the population foreign-born.

But innovation is seen as a r weak point for the land affectionately referred to as “Oz.” The country spends ~2% of its GDP on research and development (R&D) — le Japan (3.45%) and the United (2.75%), but more than Canada China (1.45%), and the Europe Union overall (1.75%). For the of patents generated per million population, Durand reported t Australia’s 20 lags far behind t leaders: Switzerland and Japan with >100 each. When it comes to biotechnology specifically, Australia has been the source of ~10% of total Patent Cooperation Treaty applications in the first years of the 21st century. In 2007, the country had only 14 biotechnology products in clinical trials, but statistically that’s surprisingly good: The OECD says that in relation to population, it’s better than any other Asia–Pacific country (0.67 per million inhabitants).

INNOVATION SCORECARD
Scientific American recently ranked the countries of the world according to several factors for their capacity to support biotechnology innovation. The author ranked each country on a scale of 1–10 for several criteria. By comparison, the top final score(s) were 37 for the United States; 29 for Canada; 28 for Sweden; 27 for Denmark, Finland, and Israel; 26 for France, Iceland, The Netherlands, and Switzerland; and 25 for Belgium, Ireland, the United Kingdom. 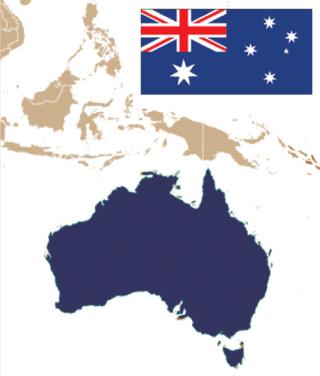 Home to only 0.3% of the world’s population, Australia does produce 2.5% of global medical research and 2.9% of scientific publications. Annual biotechnology revenue for 2002–2003 was reported at $2 billion. In 2004, KPMG ranked Australia third in the world (after The Netherlands and Canada) for cost-competitiveness in conducting clinical trials — and second for biomedical R&D cost competitiveness overall. Between 2004 and 2011, the Australian government spent about a billion dollars toward bringing biotech research discoveries to market.

Just before the global economy crashed, a 2008 BPI article by Kelly Sims of Invest Australia reported that of nearly half (48%) of the country’s ~427 core biotech companies were active in human therapeutics, with the next largest sectors being agricultural biotech (16%) and diagnostics (14%). Sims found that >12,000 people were employed by those companies. “In 2006,” she wrote, “the Australian biotech sector forged more than 350 new partnerships, with almost a quarter (94) involving US organizations.”

Research Australia showed in its Beyond Discovery 2007 Report that 44% of research in the country is performed by industry and 35% from universities, reversing a previous trend. By 2008, 10 Australian biotechnology companies had reached phase 3, and 38 were at phase 2 — whereas only two had products in late-stage trials back in 2002. In the report supported by AusBiotech and Medicines Australia, nearly half the companies surveyed (49%) derived their incomes from selling products or services, a third (34%) from licensing intellectual property; 41% were currently exporting, and 59% planned to do so within the coming year.

The Australian Biotechnology Association (ABA) was established as early as 1985, when genetic engineering technology was still new. But AusBiotech is Australia’s largest biotech industry organization, representing >3,000 members. One of its main goals is outreach: building relationships with industry groups both domestically and overseas to obtain reciprocal benefits and access to new markets. AusBiotech chairs the Asia Pacific BioNet, a network of organizations from 10 member countries designed to increase interaction and connectivity between biotechnology companies in the Asia– Pacific region.

Supporting Technologies: AusBiotech allocates $23 million of government funds for development of facilities across Australia. Researchers working on recombinant proteins have access to process development and clinical manufacturing infrastructure and expertise of its National Collaborative Research Infrastructure Strategy to help move their research forward into development.

Process-development “feeder” facilities are operated by the Australian Institute for Bioengineering and Nanotechnology at the University of Queensland; the Commonwealth Scientific and Industrial Research Organisation (CSIRO), Australia’s national science agency; the Centre for Green Chemistry at Monash University; and the University of New South Wales.
Two GMP manufacturing facilities — at Hospira in Adelaide and Radpharm Scientific near Canberra — have increased available capacity for eligible researchers requiring manufacture of clinical-grade material. Based in Il
linois, US biosimilars pioneer and contract manufacturer Hospira operates several facilities in Australia.
And contract manufacturer Radpharm Scientific is a division of Global Medical Solutions Australia Ltd. that specializes in radiopharmaceuticals, f ill–finish, and laboratory services.

Custom and contract mechanical engineering company Invetech Pty Ltd. of Melbourne has received recent global attention for an automated, functionally closed cell therapy manufacturing system it developed for Argos Therapeutics. “Australia has played a small but significant role in developing world-leading biotechnology,” explains David James, Invetech’s director of life sciences and pharmaceuticals. “The key for Australia is to focus on innovation and remain a step ahead of the world in specific areas of the biotech industry. We have recently seen Australia deliver world-first cell therapy solutions to Molmed in Europe, and to Aastrom, Argos, and KBI in the USA. Another example of Australia’s ability to lead the world is the Organovo 3D BioPrinter, developed here and voted by Time Magazine as one of the best inventions of 2010.”

Through a commercial partnership with DSM Biologics, Brisbane’s BioPharmaceuticals Australia (BPA) aims to deliver tailored contract manufacturing of biotherapeutics. The company’s new GMP manufacturing facility will open in 2013 to make biologics for preclinical testing, clinical trials, and commercial marketing. BPA’s stated vision is “to bring Australia to the forefront of biopharmaceutical development, scale-up, and production by providing quality facilities and expertise in conjunction with our commercial operating partner.”

Bioinnovation: Ranked #33 in Scrip’s 2011 global top 100 pharmaceutical companies (up from #37 in 2010), CSL Ltd. saw its 2009 sales rise 20.7% from 2008 to US$3,662.78 million. That was one of the top 10 fastest sales gains in the ranks and is significantly attributable to CSL’s human papilloma virus vaccine, which is marketed by Merck as Gardasil. CSL uses virus-like particles (VLPs) for its immunostimulating complexes — an adjuvant technology based on a proprietary material based on saponins derived from plant sources — in the Fluvax influenza vaccine, for example.

Vaxine Pty Ltd. is one of several Adelaide-based biotechnology companies. This 2009 multiple award winner was named “Australia’s Coolest Company” by Anthill Magazine as well as winning the South Australian Export Award, the AMP Innovation Award from Telstra Business, and the 2009 AusIndustry Innovation Award. The company shot to global prominence in that year when it became the first in the world to commence human swine flu vaccine trials. It also makes new and improved vaccines to tackle the biggest global infectious disease threats, including hepatitis, malaria, HIV, and SARS.

“Commercial biomedical research and development remains a strong point for Australia,” says Perth-based consultant Dawn Driscoll of DCi Biotech Inc. “Capabilities to develop, trial, and commercialize regenerative medicines in the Australian and Asia Pacific markets have expanded tremendously in recent years. This has been aided by increasingly harmonized regulations applicable to the commercial development of cell and gene therapies in multiple Asia–Pacific countries. It has also been aided by the entrance of well-established life-science product and service providers such as Lonza, which is commissioning a fullservice, GMP contract manufacturing facility in Singapore.”

A cell therapy commercialization consultancy, DCi Biotech Inc. has established a presence in Perth toserve a growing roster of global clients in conducting regenerative medicine trials in Australia and SE Asia. Driscoll says this “offers a regulated environment with safety and quality requirements similar to those of the FDA and EMA.”

The Australian government is planning to cut 200 days from its drug evaluation times by 2012, according to Ian Schofield in the 2011 Scrip 100. Australia’s Therapeutic Goods Administration (the local equivalent to the US FDA) adopted the European Union’s guidelines for approval of biosimilars in 2006. And the country’s first biosimilar approval came in September 2010 for Hospira.

Medicines Australia (MA) is looking to reverse a three-year decline in the numbers of clinical trials conducted in Australia. MA chief Brendan Shaw set out key priorities at a forum sponsored by medical industry group Research Australia in February 2011: an R&D tax credit, simplifying and streamlining the regulatory process for setting up trials, and stopping two recent government actions: a doubling of the minimum insurance cover for
trials conducted in New South Wales, and a controversial proposed national ban on patenting biological materials. Debate is ongoing.

The Outlook for Oz

Business–academic partnerships and those between companies have been and continue to be integral to the growth of biotechnology in Australia. Partnerships and agreements across borders — to bring US and European products to the Asia–Pacific market through the Australian gateway and to provide a route for Aussie innovations to make their way Westward — have been key to the growth of the domestic industry. This also makes the country an attractive market for Westerners looking for entry into the Asia–Pacific overall.

In 2011, the OECD offered recommendations for Australia’s overall economic development: from infrastructure enhancement to tax efficiencies to helping foreign investors to get directly involved. Clearly such steps will further improve the biotechnology outlook, as well. But to help raise their country’s profile in the global biopharmaceutical industry, Australian companies might endeavor to ensure that they don’t end up the “silent partner” in the deals they make.