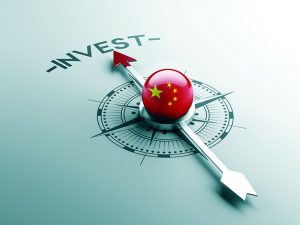 The growth momentum of Chinaâ€™s biopharmaceutical industry continues, with the China Industry Research Institute projecting that the countryâ€™s biological therapeutics market could reach 300 billion Chinese yuan (~US$50 billion) in 2019. According to the second edition of our report on advances in Chinese biopharmaceutical technology, this robust growth is boosted by continuing investment into the sector (1). A clear strategic indicator of the countryâ€™s intentions in biotherapeutics and biologics has been government investment in bioindustrial hubs, which by next year will have added >$300 billion to the Chinese biological industry nationwide.

As Beijing has continued to build this critical high-technology industry in China over the past decade, it has becoming a major part of both the national economy and the countryâ€™s domestic healthcare segment (1). Investor confidence has been on the rise since 2014, which has manifested in substantial investments being undertaken in Chinaâ€™s biopharmaceutical industry. This has transformed and upgraded the industry, enabling it to justify still more resources and investments in innovation (2). In 2018, as global biopharmaceutical investment reached >$38.8 billion, China contributed over 12% of that with $4.7 billion (3).

INCREASING VC EXIT OPTIONS
Investment into Chinaâ€™s biopharmaceutical sector is on the rise (Figure 1). This wave of investment has been driven by the availability of new exit routes for venture capital (VC) and private equity (PE) investors. In China, the former used to stay away from biotechnology because of its long timelines for drug development and the limited available exit options. But the successful initial public offerings (IPOs) of VC-backed Betta Pharma in China, of VC-backed BeiGene on the NASDAQ, and of Hutchison MediPharma in the United States (the first such offering) indicates that those restrictions are no longer such obstacles.

Figure 1: Private-sector funding into the Chinese biopharmaceutical industry between 2012 and the first half of 2017 (1)

Things are moving quickly. In February 2019, Suzhou-based CStone Pharma completed a $285 million Hong Kong IPO that valued the oncology company at $1.5 billion. Just 2.5 years old, CStone has built a portfolio of 14 oncology drugs through both novel drug discovery and in-licensing deals. So even with no product on the market, the company is clearly investable. The Hong Kong Exchange also would allow companies listed in US stock markets to submit IPOs in Hong Kong. The mainland stock market also is expected take similar strategic moves. According to Wang Shuguang (partner at China International Capital Corporation Ltd.), Chinaâ€™s main-board stock market may follow Hong Kongâ€™s market and soon allow companies without revenue to go public (4). Although the pace might be slower in the mainland, Chinaâ€™s science and technology innovation board (scheduled to be launched in 2019) will bring an additional exit route for VC investors in biotechnology companies.

Mergers and acquisitions (M&A) represent another exit option for biotechnology VCs. In 2016, Shanghai-based Generon Corp. Ltd, which has one biological drug candidate in phase 3 and another in phase 2, was acquired by Yifan Pharmaceutical Co. Ltd. Yifan invested about $150 million to purchase 53.8% equity in Generonâ€™s holding company, putting a valuation on the clinical-stage company of about $283 million (1).

The size of investment deals has increased significantly. In November 2016, Innovent Biologics, a leading Chinese biologics company founded in 2011, announced its completion of series D financing for $260M â€” a top-10 deal in private equity financing worldwide that year. Also in 2016, the biopharmaceutical sector took up the highest proportion of PE and VC investment in the pharmaceutical industry, with 64 deals and total investments reaching 4.7 billion Chinese yuan (USD $710 million) (1). Those deals cover multiple financing links, including seed, series A, series B, and series C rounds. The investments were made across a broad range of sectors, from the research and development of antibody drugs to gene-editing technology and cell biotechnology.

Investor Interests: Many new investments are in monoclonal antibodies (MAbs) and cell therapies, as well as innovative drug development based on artificial intelligence (AI). Regulatory authorities in China are quickening their pace in granting biologics license applications (BLAs) to MAb therapeutics. Through 2018 and the first two months of 2019, Chinaâ€™s Food and Drug Administration (CFDA, now restructured as the National Market Supervision Administration), approved to three MAbs from domestic developers and ~10 MAbs from multinational pharmaceutical companies. That is a dramatic increase from previous years, when it was giving no more than two BLAs for MAb therapeutics annually.

Table 2: Investment deals in China by Lilly Asian Ventures in 2018 (3)

OUTWARD INVESTMENT IN GLOBAL BIOPHARMACEUTICALS
China is showing increasing interest in not only opening up more sectors and making full use of foreign capital, but also making outward investments that allocate global resources and integrate the country more deeply into global markets than it has been involved in the past. A government plan launched as part of the Made In China 2025 campaign a few years ago was intended to promote biotechnology as a strategic emerging industry and spawn rapid investment into the biopharmaceutical sector. With an aging global population, Chinese government support, and rising investor interest in overseas assets, the industry will continue to be important for Chinese investment.

Although government industrial policies certainly play a role, much outbound investment is driven by a desire of Chinese biopharmaceutical companies to acquire either technology platforms or pipelines (to invest in technology improvements). This comes as they seek to become global players in new-medicine development instead of simply providing a manufacturing base for active pharmaceutical ingredients (APIs) or generics. Many such enterprises have invested by setting up R&D centers in developed countries, investing in foreign R&D-oriented companies, or directly licensing in pipelines from overseas.

For example, both Chinaâ€™s Huahai Pharma and Kunming Pharmaceutical Group have set up R&D centers in the United States (5). The number of biologics in-licensing deals involving companies with headquarters in China increased from 2012 to mid-2017, with a total announced value of $828 million. Most such deals are made for clinical-stage projects, with the largest percentage at phase 2. About 20% of the associated product candidates are in preclinical stages of development. Antibodies and antibodyâ€“drug conjugates (ADCs) make up the largest proportion (44%) of biologics in-licensing deals for Chinese companies, with other recombinant proteins and peptides the second most common molecule type (26%) (1). The most recent major trend is investment from China in US-based biotech start-ups. 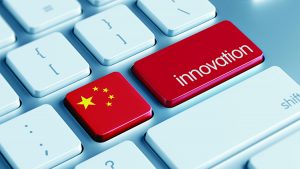 China-based VC funds poured $1.4 billion into private US biotechnology companies in the first three months of 2018. That accounts for about 40% of the overall $3.7 billion that those companies raised. During the same period of 2017, Chinese funds invested $125.5 million, about seven percent of the total investments. California-based Grail Inc., an early stage cancer-detection company, raised $300 million in a series C round led by Chinese healthcare fund Ally Bridge Group in May 2018. Immunooncology company TCR2 Therapeutics of Cambridge, MA, received $125 million in March 2018 in a series B round partly led by Pacific-focused investor 6 Dimensions. And Viela Bio, a start-up with six of AstraZenecaâ€™s experimental drugs, raised $250 million from a consortium of investors led by China-focused funds Boyu Capital, 6 Dimensions, and Hillhouse (6).

Although funds from China have helped push the valuation of some US biotech companies to a new high, industry analysts do not have a consensus yet on whether or how much negative impact current trade disputes between the two countries could have on this trend. The Trump administration has made intellectual property (IP) protection a key issue in its talks with China, and some experts think that sensitive IP issues may come up in deals like those mentioned above. But the Chinese government has made it clear through newly revised regulations for overseas investment as well as policy announcements, that domestic companies can push their business objectives through such investments. The government thus indicates that it supports domestic companies making strategic investments in overseas technology companies.

Essentially, the consensus among analysts is that, as far as outbound investment is concerned, the Chinese government will favor technology investments over those in real estate, casinos, and so on. In recent years, many domestic companies are showing great interest in purchasing overseas assets. However, because China has foreign-exchange controls, not every company with the desire to do so can get the foreign exchange quota to complete such a deal. Since 2018, the clear tendency is toward tightening such controls. So we expect that this market will cool in the near future. But over the long term, Chinese interests in overseas companies will continue to play a role in helping the countryâ€™s own biopharmaceutical industry make technological progress as well as help its domestic companies grow into multinational corporations.

RUNNING TO CATCH UP
Even though it is a late-comer, China is a growing power in the global biopharmaceutical industry. The country wants to make rapid progress by helping to transform its own domestic companies from makers of generic pharmaceuticals to innovative drug developers capable of bringing high-quality new biologics to a global market. The IPO game-changer in fundraising, along with an increase in cross-border deals in licensing from or direct overseas investment in R&D-driven companies, indicate that the Chinese biopharmaceutical industry is on track with healthy growth. How far this trend will go remains to be seen.