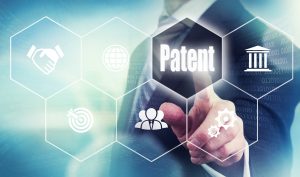 The mechanism for proving patent infringement is changing for developers of both branded and follow-on biologics (either biosimilar or interchangeable). Here we examine how drug labeling can establish infringement, thus affecting follow-on manufacturers accused of inducing others to infringe patents on methods of treating medical conditions.

Because precedent is paramount in the US legal system, judges look to small-molecule case history to help them understand alleged infringement by follow-on biologics. The classic approach to induced infringement of generic small-molecule drugs involves an analysis of hypothetical infringement based in part on a prelaunch generic drug label. But a recent case before a well-known US federal judge suggests that an accurate analysis is more nuanced if a drug or biologic already has gone to market. At the time this article was submitted for publication, the case remained pending on appeal. But it has exciting implications for follow-on biologic manufacturers, which we discuss below.

INDUCED INFRINGEMENT BASICS
Under US federal law, patents can cover a broad range of subject matters, from machinery to medicine. Because medical manufacturers rarely treat patients directly, a drug company also can be held liable for patent infringement if it does not itself infringe a patent but rather encourages others (e.g., physicians) to do so. Whether a patent requires users to upload electronic content or instructs doctors on how to prescribe a medicine, the test is the same: Did someone else actually infringe the patent, and if so, did the defendant intentionally make that person infringe? US courts will not hold a business liable for every act that leads to others infringing a patent, even if that company can be said to know that infringement is a possible outcome. But if a defendant takes active steps for the specific purpose of causing others to infringe, then that defendant will be held liable. An example of such an active step is writing product instructions or labels that promote patent-infringing uses.

The law of induced infringement for follow-on biologics is in its early stages of development. We believe that the courts will look for guidance from case law concerning generic small-molecule drugs, which are governed by a statutory framework referred to as the Hatchâ€“Waxman Act. It involves analyzing whether a future product will infringe once it has been launched. Thus, the courts examine whether a proposed label instructs physicians (or even patients) to perform a patented method. In a 2018 case, for example, the trial court prevented release of generic iloperidone (which the court of appeals affirmed) because the proposed label encouraged physicians to infringe a patent on using the product to treat schizophrenia (1, 2).

Recently, however, a respected judge in an influential district took a different approach. Instead of finding infringement simply because a product label would encourage patent infringement, the court held that the label had to cause that infringement (2). Before examining how this development could affect biologic products, it is helpful to review the US laws covering follow-on biologics.

THE BIOLOGICS PRICE COMPETITION AND INNOVATION ACT
In the United States, follow-on biologics are regulated under the Biologics Price Competition and Innovation Act (â€śBPCIAâ€ť). Like the regulatory provisions in the Hatchâ€“Waxman Act, the BPCIA enables follow-on biologic drugs to obtain approval from the US Food and Drug Administration (FDA) by submitting a simpler application than would be required for a novel biologic. The abbreviated biologics license application (aBLA) is used to request FDA approval using information provided by a previously licensed biological product (the â€śreference productâ€ť) in conjunction with data from preclinical and clinical trials as requested by the agency (3). Currently, aBLA-approved follow-on biologics have been designated â€śbiosimilarâ€ť to their reference products; in the future, they may be deemed â€śinterchangeableâ€ť (see box, right). Pharmacists may not fill a prescription for a reference biologic with a biosimilar, but in most states they may (or even must) supply an interchangeable product. Therefore, interchangeable products can be substituted by pharmacists, as can most generic drugs. Patients will receive biosimilars, however, only if their doctors prescribe those specifically.

The Patent Dance: Similar to Hatchâ€“Waxman litigation, the BPCIA provides a framework for follow-on biologic patent lawsuits. The BPCIA sets out a â€śpatent danceâ€ť in which the aBLA applicant exchanges information with the owner of the reference product (the reference product sponsor, RPS) over two phases of litigation. This dance begins after an applicant submits its aBLA, when it must hand over information about its product to the RPS. The RPS responds with a list of patents that it believes will be infringed. The parties then argue about whether those patents cover the aBLA product. Eventually they negotiate the scope of â€śphase 1â€ť or â€śearly phaseâ€ť litigation, which is supposed to begin no later than 250 days after the applicant submitted the aBLA.

That applicant can limit the number of patents involved in this early phase litigation to as few as one, which gives it an advantage that is not available under the Hatchâ€“Waxman Act. By setting a low number of patents in early phase litigation, an aBLA applicant can delay litigation over many patents. For example, the applicant could try to put off patents that claim a method of treatment, which then would implicate induced infringement. As discussed below, delaying litigation of method-totreat patents could provide a tactical advantage to aBLA applicants.

â€śPhase 2â€ť or â€ślate-phaseâ€ť litigation happens after an aBLA applicant notifies the RPS that, in 180 days or more, it intends to go market with a follow-on product. During this phase, the RPS can sue the other company based on patents that were identified at the beginning of the patent dance but not included in early phase litigation â€” as well as on new patents. After notification, but before the first commercial marketing, that RPS can seek a preliminary injunction to prevent the aBLA applicant from releasing its product. Because the aBLA applicant initiates late-phase litigation, that applicant has more control over when it will be sued.

HIGH-STAKES DEVELOPMENTS
Leonard Stark (chief judge of the United States District Court for the district of Delaware) is a leading US federal judge for patent issues. Recently, he overturned a juryâ€™s verdict that a generic pharmaceutical manufacturer had infringed a patent on the blood pressure drug carvedilol (4). Judge Stark reasoned that the generic productâ€™s label did not cause physicians to infringe the patent by giving that drug to their patients. The immediate stakes were high â€” the verdict demanded a payment of over US$235 million â€” but the stakes riding on the long-term outcome are even higher. This decision has been appealed, and the outcome of that appeal could determine how product labeling can incur liability for patent infringement.

Unlike most patent lawsuits against generic drugs, this lawsuit took place after the product had launched. The court regarded that as an important difference from other Hatchâ€“Waxman suits about labeling. In a prelaunch suit, the court stated, a label that promoted an infringing use was evidence that the product would infringe if released. Once a product was on the market, however, the patent owner had to prove that the generic drug had induced such infringement. The court found no evidence in this case that the generic label had contributed in any way to causing infringement of the patent. There was no evidence that any physician had read the generic label, let alone relied on it when making prescribing decisions. There was evidence, however, that physicians did not do so. Before and after the launch of the generic drug, doctors prescribed it based on materials that could not be attributed to the generic maker: e.g., professional guidelines, research studies, and even the name-brandâ€™s own label and marketing. Because physicians already knew how to prescribe the drug so as to infringe the patent, and the generic label did not change their prescribing behavior, the court found that the name-brand manufacturer had not met its obligation to show that the generic label had caused physicians to infringe its patent.

If the court of appeals disagrees with that decision, that reversal would reinforce the existing labeling analysis, which applies even after product launch. (In other words, if a product label promoted patent infringement, then the product developer would be responsible for infringing, regardless of whether anyone followed or even read that label.)

If the appeals court upholds Judge Starkâ€™s decision, however, the outcome is less clear. Patent owners might need to prove that labels of commercially available follow-on products cause infringement rather than merely promote it. They also might be required to prove that the label of an unreleased product actually would cause others to infringe.

Moreover, the role that labels play in causing infringement could vary greatly: They are unlikely to be the only reason a patent is infringed, but they could make small contributions. Or a label could be enough to induce infringement on its own. And â€śWhat level of infringement thus incurs liability?â€ť becomes the next question. If the court of appeals does not fully clarify these issues, which seems likely, then trial courts might adopt different standards.

TAKEAWAYS AND STRATEGIES
A key premise of Judge Starkâ€™s decision was physiciansâ€™ indifference to the generic form of a drug â€” that medical practitioners would prescribe generic and branded forms under virtually identical circumstances. That â€śindifferenceâ€ť could be especially strong when an aBLA applicant has requested interchangeable status: As with small-molecule generics, physicians might not know whether the branded or follow-on product would be administered to their patients. Such indifference may be less clear for biosimilars, however, because biosimilars are not automatically substituted for reference products at the pharmacy level in the United States.

Nevertheless, these new strategies are exciting for developers of biosimilars and interchangeables. A deep understanding of the patent dance enables aBLA applicants to influence the timing of lawsuits against them, providing them with a strategic edge that is not available in Hatchâ€“Waxman litigation. And that could make or break their defense. For example, aBLA applicants may want to limit the number of patents that can be litigated in the early phase to reduce the chance that method claims will be asserted against them until after the launch of their follow-on products. Or an aBLA applicant might delay serving its notice of commercial marketing to put off late-phase litigation. That could allow more time for physicians to become familiar with sources not attributable to the aBLA applicant as they learn how to prescribe the reference product.

Alternatively, an aBLA applicant might prefer to serve its notice of commercial marketing early on, betting that the RPS will not sue before the date of commercial marketing and thereby lose its right to a preliminary injunction. Depending on the strength of the patents, an aBLA applicant might even decide to launch at risk without engaging in the patent dance at all. By doing so, the company could prevent disclosure of trade secrets during a patent dance. That might delay infringement analysis until after a product has launched, at which point the probative value of its label could be less compelling.

Accusations of patent infringement come with the territory of developing follow-on biologics, especially for the infamously litigious US market. An essential way to mitigate that risk is to understand the complex interplay between the BPCIA and laws of patent infringement. The changing role of labels in infringement analysis is an important part of that understanding. Developers should keep an eye on US court patent decisions in both small-molecule and BPCIA litigation.