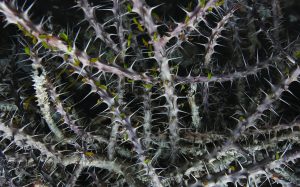 Biosimilars represent a significant cost-savings opportunity in the United States because they can introduce competition for some of the most expensive and widely used prescription drugs on the market: originator biologics. Several market and regulatory barriers have slowed biosimilar market entry and uptake in the United States (1). Some hurdles are unintentional or transitory; others are deliberately crafted by manufacturers of reference biologics to thwart competition.

Among the most significant strategic barriers to biosimilarsâ€™ entry into the US market are patent thickets, whereby developers of reference biologics layer weak follow-on patents upon their original claims in order to prevent competition. Although patent thickets exist in other countries, they are a particularly serious problem in the United States, where they are more prolifically applied. The strategy harms patients and payers, who stand to benefit from the savings that biosimilars can generate. But patent thickets also raise another, less-appreciated problem: They prevent domestic manufacturing of biosimilars and diminish associated employment opportunities for US workers.

How Patent Thickets Work
Patents are essential tools for protecting and incentivizing inventors and innovators. By keeping competitors at bay for specified periods (usually 20 years), strong patents enable their holders to recoup investment costs related to the development of their intellectual property (IP) and to earn returns on their investment. However, abuse of the patent system leads to costly and inefficient monopolies. And although patent thickets exist for products in other industries, prescription drugs â€” reference biologics in particular â€” have proven to be popular applications of that strategy.

Biologics are risky to develop and costly to produce, but they are often huge moneymakers, giving drug originators strong incentives to protect their monopolies and profit streams. In the United States, originator companies have learned that it is relatively easy to create patent thickets that can extend the duration of a productâ€™s market dominance significantly.

Apart from the primary patents protecting biologic compounds, developers can file for secondary patents long after a drug has reached the market. Secondary patents can cover formulations, indications, dosages, routes or duration of administration, and other attributes that are incidental to an initial product patent. In each incidental category, or â€śfamily,â€ť an originator biologic can amass â€śchildâ€ť patents (known as continuation and divisional patents), often with minimal differences in wording from the initial claim. Because each family provides 20 years of protection from the date of filing for the first patent in that family, the resulting thicket is both multilayered and protracted. Without invalidating or designing around the multitude of secondary patents, a biosimilar manufacturer cannot bring its product to market.

Magnitude of Patent Thickets
There is no mistaking the intent behind an originatorâ€™s efforts to obtain for a single product scores of patents with overlapping protections â€” many sought well after the product has launched. In 2018, then US Food and Drug Administration (FDA) Commissioner Scott Gottlieb described patent thickets around reference biologics as â€śpurely designed to deter the entry of approved biosimilarsâ€ť (2). As such, patent thickets have strictly negative consequences for US patients and payers â€” without the countervailing benefits that appropriate IP protection can provide. Negative consequences abound because patent thickets have proven to be such an effective way for drug originators to preserve monopoly pricing strategies on their protected products.

A 2019 analysis from the Biosimilars Council estimated that patent thickets around five reference biologics cost US patients and payers $7.6 billion from 2012 to 2018 (3). Left unchecked, patent thickets will prevent savings from being realized on other biologics and could become an even more common tactic.

To understand the impact of patent thickets on US reference biologics, consider comparable patent litigation in Germany and the United Kingdom â€” the two largest European markets for biologics â€” relative to the 20 FDA-approved biosimilars with European counterparts. Between 2014 and 2020, one and 16 patents, respectively, were asserted in those countries compared with the 279 patents asserted in the United States.

Factors Contributing to Patent Abuse
Certain factors in the US patent system facilitate originatorsâ€™ efforts to establish patent thickets around reference biologics. These factors include opportunities and incentives for originator developers to seek additional patents, costs and uncertainties facing competitors wishing to challenge existing patents, and long-standing issues at the US Patent and Trademark Office (PTO).

Opportunities and Incentives to Build Patent Thickets: Developers of reference biologics with high asset value have strong incentives to amass as many patents as possible. Companies also have ample opportunity to accumulate patents and face relatively low barriers in applying for them. No caps exist on the number of patent applications that a developer can file for a single product, and patent applications can be filed long after products enter the market.

Costs and Uncertainties Facing Challengers: Biosimilar manufacturers face substantial cost and uncertainty in challenging a patent, particularly compared with the ease and low cost of obtaining one. Patent litigation is time-consuming and expensive. Although legislation in 2011 created an avenue for lessening the cost of a lawsuit when challenging a patent at the PTO, the process, known as inter partes review (IPR), is also expensive. Also problematic is that an IPR might go nowhere. After a petition for IPR is filed, it is submitted to the Patent Trial and Appeal Board (PTAB) within the PTO, but the PTAB can simply decline to institute a review at its discretion.

Systemic Problems at the PTO: Patent examination procedures and incentives are two reasons that originator companies can amass patents. The PTOâ€™s patentability rules enable acquisition of multiple patents around a single invention, and because examiners receive higher professional evaluation scores for patent grants than they do for other actions, they are incentivized to work with applicants to bolster annual evaluations of their job performance. In short, the PTO is an imperfect arbiter of IP. Developers of originator drugs capitalize on that problem, leaving biosimilar manufacturers â€” and consumers â€” to bear the burden.

Implications for Domestic Manufacturing
An unappreciated consequence of patent thickets in the United States is that they establish barriers to domestic biosimilars production. That result is important considering current interest among many policymakers in encouraging US manufacture of prescription drugs. But â€śBuy Americanâ€ť is only a viable option if manufacturers can produce in America without infringing US patents.

Policy Options
The problem of patent thickets is multifaceted, and there is not one easy solution. However, not all policy options have been introduced or sufficiently considered. Researchers and experts have explored a number of reforms. Some proposals â€” such as giving the PTO more resources and creating higher standards for patents â€” are broad in scope and could address several misuses of the patent system (4). More radical proposals include â€śconsolidating all drug patents and exclusivities into one longer, but transparent and flexible exclusivity period.â€ť Subsequently, the FDA could grant â€śbonusâ€ť exclusivity periods for significant improvements in a drug (5).

Members of the US Congress on both sides of the political spectrum are becoming increasingly concerned about patent thickets. A recent bill sponsored by John Cornyn (a Republican senator from Texas) and Richard Blumenthal (a Democratic senator from Connecticut) seeks to cap the number of patents that may be litigated against a biosimilar manufacturer. But no legislative proposals to address patent thickets have been enacted yet.

â€śA Prescription for Change: Cracking Down on Anticompetitive Conduct in Prescription Drug Markets,â€ť a congressional hearing held by a subcommittee of the Senate Judiciary Committee, similarly drew bipartisan interest in patent thickets (6). Ranking member Mike Lee (a Republican senator from Utah) pointed to patent reform as a potential way to address thickets and save consumersâ€™ money. Dick Durbin (a Democratic senator from Illinois) stated that patent thickets â€ścannot serve the purpose of research or innovation or the benefits to the consumer. [They are] all about monopoly control.â€ť Testimony from multiple witnesses called attention to patent thicketsâ€™ negative effects.

Such reforms could help realize substantial healthcare savings and greater willingness among biosimilar manufacturers to locate their facilities in the United States.

Need for Systemic Reform
Prescription-drug spending concerns many stakeholders in the United States. That is reflected in the manifold policy proposals in recent years aimed at bringing down drug prices. Though well-intentioned, many such proposals unhelpfully focus on the symptoms rather than the causes of a significant problem. For instance, drug-pricing policies miss the â€śbig picture.â€ť Since 2016, the top 10 drugs covered by Medicare Part B have been biologics (7), and biologics have been driving growth in drug spending in the United States (8). Competition in the biologics market remains limited, and patent thickets represent a major impediment to the market entry of low-cost biosimilars in the years ahead.

Patent thickets not only extend the duration of monopoly pricing on certain drugs in the United States, but also discourage domestic manufacturing of biosimilars. Policymakers must understand that unless patent thickets are dramatically curtailed, the problem is likely to get worse.

2 Gottlieb S. Remarks from FDA Commissioner Scott Gottlieb, MD, as Prepared for Delivery at the Brookings Institution on the Release of the FDAâ€™s Biosimilars Action Plan. US Food and Drug Administration: Silver Spring, MD, 18 July 2018; https://www.fda.gov/news-events/press-announcements/remarks-fda-commissioner-scott-gottlieb-md-prepared-delivery-brookings-institution-release-fdas.

6 Subcommittee Hearing: A Prescription for Change â€” Cracking Down on Anticompetitive Conduct in Prescription Drug Markets. US Senate Committee on the Judiciary: Washington, DC, 13 July 2021; https://www.judiciary.senate.gov/meetings/a-prescription-for-change-cracking-down-on-anticompetitive-conduct-in-prescription-drug-markets.

8 Medicine Use and Spending in the US. IQVIA: Danbury, CT, 9 May 2019; https://www.iqvia.com/en/insights/the-iqvia-institute/reports/medicine-use-and-spending-in-the-us-a-review-of-2018-and-outlook-to-2023.

This article is based on a May 2021 white paper titled â€śHow Patent Thickets Constrain the US Biosimilars Market and Domestic Manufacturing,â€ť which is available at https://www.getmga.com/wp-content/uploads/2021/0/PatentThickets_May2021_FINAL.pdf.