Outsourcing has been such an integral part of the bioprocessing industry that BPI made it the focus of its first supplement (September 2003). Since then, manufacturers continue to reach beyond local and national borders to extend their networks of partnerships to emerging markets. Global economics during the past decade have not always made outsourcing easy. Ten years ago, manufacturers faced tough decisions over whether it was more cost effective to outsource or keep process activities in-house (possibly expand or build) while facing the seemingly inevitable ŌĆ£capacity crunchŌĆØ that many industry experts had projected.

A 2004 survey revealed that manufacturers were not exactly warming up to the idea of increasing capacity, but rather seemed to favor process improvement and opportunities in emerging markets (1). By some projections, outsourcing (for mammalian cell culture processes especially) would nearly double over the next five years (thanks in part to the ŌĆ£capacity crunchŌĆØ), even though most of the industry at that time preferred to keep production in house. By 2007, however, capacity for mammalian cell culture systems had dropped from 76.4% in 2003 to 63.3%. During that same time period, microbial fermentation capacity use declined from 71.0% to 53.8% in 2007 (2). 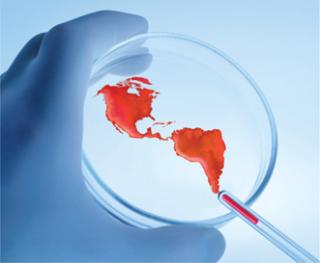 All that had certain implications for contract manufacturers: ŌĆ£The industry’s reliance on CMOs is also expected to grow as their capacity provides support for biotherapeutics developers by reducing total risks associated with building additional capacity for products that may not ultimately be approved for commercial productionŌĆØ (2). In fact, the percentage of manufacturing that was taking place entirely in-house had decreased from 79% in 2003 to 55.6% in 2007 for mammalian cell culture (3). The trend toward increased outsourcing was reportedly due to cost pressures, globalization, and improved technologies.

Also by 2007, the venture capital industry seemed to be finally coming out of the slump it had experienced in the early 2000s (4). Investors remained cautiously optimistic. During the first quarter of 2007, ŌĆ£biotechnology saw $1.5 billion in 102 deals, surpassing the software investments that traditionally receive the largest amount of capital.ŌĆØ That created an environment in which companies in the United States, Europe, and ŌĆ£emergingŌĆØ regions could provide some incentives for partnerships, mergers, or other deals (4). Biomanufacturers showed a renewed interest in outsourcing and other off-shore investments, and contract providers faced growing competition (5). To stay competitive, some contract manufacturers established themselves as one-stop providers (e.g., Vetter and Cook Pharmica)

By 2009, one of the busiest growth sectors was vaccines. Some of the largest pharmaceutical companies (e.g., Pfizer and Novartis AG) began to add vaccine development to their portfolios, which was nearly unheard of in the early 2000s. It meant adding capacity, both locally and overseas, boosting traditional outsourcing collaborations as well as partnerships built on innovation (6), although controlling costs remained a priority (7).

Today, vaccine manufacturing remains a healthy part of the industry. New segments in the industry are positioned for rapid growth as well, including biosimilars and cell therapies. Experts project a growing need in outsourcing services in such areas (e.g., Lonza, Florida Biologix, and MasTherCell provide services for cell therapies).

With increases in capital investments and outsourcing (and in-sourcing), network management, especially supply chain management, becomes even more important. As one author observed, ŌĆ£Building flexible plants that make reliable, consistent product to meet demand on-time is a vital cost-reducing goal that eliminates the need for the huge capital investments in new manufacturing facilities. Operational inefficiencies and the traditional ŌĆślicense-and-leaveŌĆÖ philosophy for building plants can cause capacity limitations at very real cost to manufacturersŌĆØ (8).

Strong supply chain management also ensures continued operation with uncompromised product quality should a change in raw material source occur. Companies should have investigational procedures in place for evaluating the possible effect of a raw-material change on a process or product (9).

Risk-based technology transfer strategies are fundamental to outsourcing (10, 11). Quality management systems can ensure a risk-based approach in several areas. For example, at the end of product and process development, a documented understanding of risks and their associated controls should be communicated during technology transfer to a commercial manufacturing operation or contractor. Also, risk profiles should be reviewed and updated during technology transfer. That ensures that ŌĆ£no new risks have been introduced and that existing risk control measures are appropriate and effectiveŌĆØ (12). Thinking Globally

During the past 10 years, it became very clear that no real discussion about an evolving bioprocessing industry would be complete without addressing the growing markets outside of the United States. Early coverage of those markets described the biotechnology industry in India, Eastern Europe, and Asia (13,14,15). In 2002, Japan’s pharmaceutical market was worth US$53 billion, and China’s was worth Ōł╝$23 billion (15).

About five years later, around 2007, China had captured the majority of the outsourcing market in Asia (16). And US manufacturers took interest, even while concerns remained over intellectual property protection, infrastructure, and regulatory oversight (17,18,19). A 2011 survey found that 17% of the industry considers China as the top future offshore production destination (18). Results also showed that sponsor companies are demanding that clientsŌĆÖ product-specific manufacturing operations be kept proprietary. ŌĆ£This factor is increasing in importance as a result of a general focus on outsourcing operations. Sponsors are demanding greater levels professionalism, performance, and effectiveness in both managerial and technical areas from their outsourcing vendors,ŌĆØ (20). Manufacturing Locally

As manufacturers considered their options in markets overseas, they faced questions related to real costs of moving their operations or establishing a partnership with a local contract organization. Factors to take into consideration included logistics, cost of goods, infrastructure development, and export compliance.

BPI dedicated its June 2010 supplement (www.bioprocessintl.com/journal/supplements/2010/June) to those topics. And we held a panel discussion with industry experts at a 2011 conference (21). One interesting viewpoint was presented by Novavax CEO Rahul Singhvi, who spoke of efforts to locally produce vaccines for regional diseases using platform technologies and a modular facility. The result could be the future of outsourcing operations: ŌĆ£Can we possibly extend this approach by turning it into a franchise model? Could we have a turn-key technology transfer package?. . . . How might we turn this into a place where all that technology, all the science, all the ŌĆśartŌĆÖ can be turned into documentation so everybody can make vaccines ŌĆö and make vaccines of the same quality? Then to take it to the next level, can we have in these ŌĆśfranchisesŌĆÖ custom menus of products that address local needs? That’s the visionŌĆØ (21).