Biosimilars require comparative studies that are different from the typical placebo-control clinical trials for first-generation proteins. A typical clinical trial programs must show equivalence of a biosimilar to the originator protein. Hans-Peter Guler, senior vice president of clinical development at INC Research, recently discussed with me the primary objectives and approaches to conducting an equivalence design. 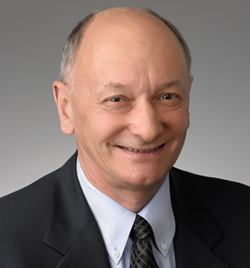 By contrast with trials for originator proteins, equivalence trials require a different statistical approach. The biosimilars company needs agreement from the competent regulatory agency on how the data will be analyzed. Because ŌĆ£similarityŌĆØ or ŌĆ£equivalenceŌĆØ will depend to some extent on the type of protein and its indication, certain terms should be defined early. For example, the sample size and the parameters under which the two proteins can be declared similar must be determined, says Guler.

Another factor that needs to be determined early is the minimally clinically important difference (MCID), which is a value that represents the limit of the clinically acceptable difference between the biosimilar and the originator protein. That value must be agreed upon with regulatory agencies before the start of a study because it drives sample size and design. ŌĆ£For example, for insulin testing, the MCID is usually a difference in HbA1c of 0.4%; HbA1c is a measure of integrated blood glucose control in diabetic patients over a period of three months,ŌĆØ says Guler. ŌĆ£You put a package together, talk to the regulatory agency, and propose the planned preclinical and clinical studies and propose and justify the MCID. Sometimes there is precedence for this, and the agency will agree, and sometimes you have to come to an agreement.ŌĆØ

US biosimilar companies are taking note of how European manufacturers have handled their clinical trials now that more than a dozen biosimilars have already been approved there. European guidelines include an ŌĆ£abbreviatedŌĆØ pathway to get marketing approval for a biosimilar therapeutic protein. Any regular development program would start with a series of phase 1 studies involving PK assessments and defining tolerated doses, followed by early phase trials in patients to determine the dose, efficacy, and safety and tolerability profile, and finally several registration studies. For most biosimilars under EMA guidelines, however, clinical development typically involves only a small number of comparative PK studies against an originator protein followed by registration testing, which in many cases is one to three studies. ŌĆ£You don’t need to do as much dose finding because the dose for the biosimilar will be the same, and there is no question about whether the drug works,ŌĆØ says Guler.

Special considerations apply to monoclonal antibodies (MAbs), predicted to be the next large set of biosimilars in the biopharmaceutical industry. Clinical programs are more complex with MAbs than, for example, insulin or growth hormone. MAbs are highly complex proteins both in terms of chemical structure and manufacturing. They are most often used for cancer indications or immunological conditions. In that case, the pathway can be more complex because developers potentially have to deal with changes in how cancer or immune disorders are treated now as opposed to when the originator protein was developed perhaps 15 years ago.

ŌĆ£The background treatment in many cancers was different from what it is now. So you can’t actually run the clinical studies the way they were done at the time, because you wouldn’t find any patients to go into this,ŌĆØ says Guler. In addition, patient populations may be fairly sick, so different end points would have to be chosen than for originator proteins. ŌĆ£For example, the originator has to show survival as the primary outcome parameter, but survival is something that takes some time to achieve, so it may also not be ethical to do survival trials when you conduct comparative trials with a biosimilars against an originator.ŌĆØ

One continuing regulatory debate is the issue of interchangeability. Gaining approval of an ŌĆ£interchangeableŌĆØ biosimilar means a pharmacy could prescribe it instead of the originator without having to inform a patient’s doctor. It is not determined yet how clinical trials and the approval pathway will look like in that case, but Guler agrees with the current thought that it will definitely be more difficult than showing just biosimilarity. ŌĆ£We can only guess how difficult it will be to take this incredibly high regulatory hurdle.ŌĆØ