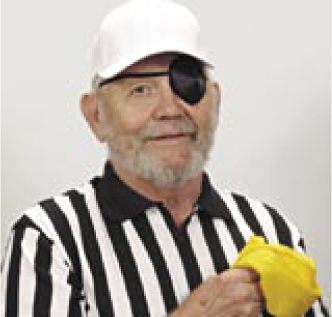 When I officiated at high school (US) football, I learned a lot from the experience. Contrary to popular opinion, there are rule books referees study. However, although the rule book is modest in size, the case book for interpretations is large. This brings me to the topic of generic or follow-on biologicals and biosimilar products for which there will be rules, and the interpretations will be many. Continuing with the US football analogy, the approval of a generic biological, be it a follow-on or a biosimilar, will be a little like pass interference: considered a foul that should be penalized by company A, but a good play by company B.

Say company A, which has a profitable product coming off patent protection, wishes to protect its end zone from company B, which is in the red zone and moving. Conventional drugs which can be modestly changed to improve performance and secure additional patent protection. But modification of a protein to secure the same intellectual property advantage places company A in the same position as, or worse off, than company B. In the case of generic biologicals, company A will argue that company B has made company A’s product most likely under different conditions (cell line, culture conditions), so it is a different product requiring the same rigorous process that company A endured for approval. Company A claims that it is not possible for Company B to effectively characterize the protein with respect to the complex chemistry resulting from posttranslational modification, and thus that it cannot assure safety and efficacy without going through full-scale preclinical and clinical development.

Some posttranslational modifications are like wheels on a car; it won’t work without them. Other posttranslational modifications can be more like that strange part on an engine that fell off after 20,000 miles with no loss of performance. When you took the car in, you could find the part in the catalogue,but your mechanic said that he had no idea what it did and you most likely did not need it. As an example, consider blood coagulation Factor IX for which there are a number of posttranslational modifications including γ-carboxylation, glycosylation, β-hydroxylation of aspartic acid, sulfation of tyrosine, and phosphorylation of serine. It is clear that γ-carboxylation is critical for function, glycosylation is likely to be important, and sialic acid is important for covering galactose. The other posttranslational modifications appear to be unimportant, or we have not been clever enough to assign their function (the same criticism can be made of glycosylation). Recombinant Factor IX protein has different properties from the plasma-derived version, which may result in increased clearance for unclear reasons. Blood coagulation Factor VIII is another example for which a CHO-derived product clearly has a different glycosylation pattern from the BHK-derived product, both are different from the native plasma-derived form, and all three have similar clearance and patterns of inhibitor development.

We don’t understand the importance of all posttranslational modifications that occur in proteins. At last count, more than several hundred were possible. One of my former mentors, a Nobel Laureate who used bovine pancreatic ribonuclease as model protein, once told me that as far as he knew, that protein did not have a known function. At one time, it was thought to be involved in phosphate conservation in the multiple stomachs of cows, and more recently as a nonspecific antibacterial agent. His argument was that it was a mistake in science to take a teleological approach. The case with blood coagulation Factor IX is that it is not clear that the posttranslational modifications in the human plasma protein are critical for function; perhaps such modifications are unique to processing in hepatocytes and not seen in CHO cells.

The point is that company A is correct in stating that the product is complex, but incorrect in saying that it cannot be characterized. Advances in mass spectrometry and other analytical techniques have permitted precise determination of structure to the extent of counting bound water molecules. Paradoxically, the development of these analytical tools has outstripped our ability to design experiments. Company B has the ability to thoroughly characterize the structure of its product. Where that is different from Company A’s product, the follow-on manufacturer should explain the functional consequences of such differences. Additionally, the increased sophistication of cell-based assays permits a thorough preclinical evaluation of a follow-on or biosimilar product. Therefore, Company B could take advantage of the clinical experience of Company A’s product. On the other hand, it is not going to be easy and will require thoughtful investment of time and talent.

All of this brings back the game and the official. As noted previously, there must be rules for “generic” biologicals, but there also will be longer “interpretations.” Then there will be a thoroughly disinterested official ready to drop a flag. In the final analysis, it will be, as with blocking and tackling in football, solid science that wins the game.