The biopharmaceutical industry is emerging from four years of economic challenge in a very healthy state. Process improvements over the past decade have played a major role in keeping the industry healthy. Earlier this decade, most companies were more concerned about quickly getting their drug products to market than about strategically controlling costs of operations. But according to my group’s recent study, this has changed in most areas of manufacturing.

In fact, although this year companies reported overall increases in every budget area surveyed, the largest increases continue to be in areas that affect process improvement and productivity.

The 9thAnnual Report and Survey of Biopharmaceutical Manufacturers from BioPlan Associates reflects major advances in bioprocess improvements over the past decade. Responses came from 302 bioprocessing professionals in 29 countries and 185 suppliers to the industry (see the ŌĆ£Survey MethodologyŌĆØ box) (1).

Capacity Concerns: To get an idea of how far the industry has progressed, consider the following 2001 J.P. Morgan State of Biologics Manufacturing analysis:

Demand for [biopharmaceutical] manufacturing capacity will exceed current capacity by a factor of four by 2005. . . . We may also see delays in the development and commercialization of some products due to a lack of adequate clinical and commercial supply. . . .

Considering current manufacturing economics, products that must be chronically dosed at levels greater than 5 mg/kg/week may not be commercially viable unless major advances in biologics manufacturing processes are made. (2) 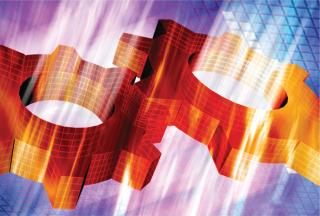 Such analyses exemplified widespread concerns that persisted a decade ago that the biopharmaceutical industry was facing an impending crisis of inadequate manufacturing capacity. Those concerns were prompted by the anticipated success of increasing numbers of monoclonal antibodies reaching the market and requiring repeated high doses. Now, a decade later, we can see that the widely forecast industry capacity crunch did not develop, in part because process improvements both bailed out the industry and fostered its growth.

In our study this year, when asked about expected capacity constraints at their facility within five years (2017), only 6.8% of respondents said they expect severe constraints, whereas 51.1% anticipated no constraints or just minor problems. Trends in expectations for capacity constraints over the past nine years have continued to point toward process improvement and debottlenecking. These optimistic projections also should be considered in context with expected bioprocess expansions: Respondents reported an average expected increase of 51% in mammalian production and 35.8% in microbial production over the next five years. In fact, 23.8% of respondents expected to double their mammalian production capacity in the next five years.

Unit Operations: What appears to be restraining the industry today, in contrast with 10 years ago, typically involves unit operations. For example, when asked about key areas to be addressed to prevent capacity constraints, 57.5% cited the need for better downstream purification technologies, and half (49.7%) cited a need for more cost-effective single-use equipment.

The 2012 Ninth Annual Report and Survey of Biopharmaceutical Manufacturing Capacity and Production in the series of annual evaluations by BioPlan Associates, Inc. yields a composite view and trend analysis from 302 responsible individuals at biopharmaceutical manufacturers and contract manufacturing organizations (CMOs) in 29 countries. The methodology also encompassed an additional 185 direct suppliers of materials, services, and equipment to this industry. This year’s survey covers such issues as new product needs, facility budget changes, current capacity, future capacity constraints, expansions, use of disposables, trends and budgets in disposables, trends in downstream purification, quality management and control, hiring issues, and employment. The quantitative trend analysis provides details and comparisons of production by biotherapeutic developers and CMOs. It also evaluates trends over time and assesses differences in the world’s major markets in the United States and Europe. Advances Contributing to Process Improvements

Expression Systems: Even legacy expression systems from the 1980s and 1990s (using Chinese hamster ovary cells, yeasts and Escherichia coli) have experienced major improvements in process yield (5). Just 10 years ago, commercial mammalian cell culture yields of one or at most several hundred milligrams per liter were considered good. By contrast, commercial manufacturing yields of several grams per liter are now commonplace, and yields over 10 g/L are expected in coming years. BioPlan survey data now show that the average commercial monoclonal antibody production yield is 2.4 g/L, and yield for late-stage clinical manufacture is 2.85 g/L.

Single-Use/Disposable Systems: Preclinical, clinical, and other precommercial manufacturing operations are now dominated by single-use equipment; and disposables are now on the verge of being adopted for commercial manufacture (6). This includes using trains of 1ŌĆō2000-L single-use bioreactors rather than very large (e.g., Ōēź10,000 L) fixed stainless steel bioreactors. Overall, the BioPlan survey respondents now average >$250,000 per facility just for single-use bioreactors.

Sensors, Automation, and Process Control: Major advances have been made in these areas, further contributing to process and quality improvements.

Bioprocess Modeling: Manufacturing systems can now be modeled, greatly facilitating process and facility design and the identification of bottlenecks.

Improved bioprocessing will increasingly support growth in the biopharmaceutical industry. As biosimilars (and biobetters and biogenerics) enter world markets, the industry will expand greatly in coming years ŌĆö particularly in terms of numbers of marketed products and manufacturers. For example, more than 900 biosimilars/biobetters are in the development pipeline, and we can expect five to 10 (or even more) follow-on products entering the market for every currently successful biopharmaceutical coming off patent. Biosimilars are expected to compete on the basis of price, particularly with each other, so their developers must adopt highly cost-effective technologies to keep manufacturing costs low, with many adopting and pushing the state of the art. New bioprocessing technologies such as industrialization of plant expression systems could enable manufacture of some products at costs as low as pennies per dose (7).

Platform Popularity: Some of these approaches and enabling technologies have been in development for years. For example, Brian Hatch (consultant biologist at Eli Lilly & Co) notes, ŌĆ£The continuation of ŌĆśplatformŌĆÖ approaches to product developmentŌĆ” will begin to really bear fruit in the coming decade. . . . Bioprocesses developed with a ŌĆśplatformŌĆÖ approachŌĆ” actually cost less to produce, as they utilize existing facilities with the capitol costs diluted among multiple productsŌĆØ (1).

Budgeting for Innovations: Budgets are one way to evaluate how companies are actively investing in process improvement. In our study, we measured changes in 12 budget areas this year. Figure 1 shows selected industry responses from 2009 to 2012 regarding budgets for new technologies and equipment. Increases in investments in both new upstream
and downstream technologies were reported this year, and there is an overall trend indicating future increased investments in process improvements. Overall, developers and CMOs are expecting a 6.4% increase in this year’s budgets for new technologies to improve downstream production and a slightly smaller 6% increase for innovative products to improve upstream production.

This year, again, companies are continuing to build their manufacturing capabilities but are doing so more strategically. Process improvement is a major area in which companies are applying resources. In fact, 74.3% of biopharmaceutical manufacturers reported focusing on ŌĆ£productivityŌĆØ to a ŌĆ£much greaterŌĆØ or ŌĆ£somewhat greaterŌĆØ extent, with this ranking number one and even beating ŌĆ£increased focus on cost savingsŌĆØ (66.9%). It is very significant that the industry is now more concerned with improving productivity than with cost-savings and cuts. The focus on productivity was stronger among US (77.1%) than European (66.0%) respondents.

Separately, when asked ŌĆ£How much has each of the following improved biomanufacturing performance at your facility over the past 12 months?ŌĆØ the largest portion, 72.6%, cited ŌĆ£overall better control of processes,ŌĆØ followed by ŌĆ£improved downstream operationsŌĆØ and ŌĆ£use of single-use devicesŌĆØ (both cited by 67.2%). Following was ŌĆ£improved upstream operations.ŌĆØ So the industry continues to place a high priority on process control and improvements to increase its manufacturing performance. When comparing the responses from US/ European with rest-of-the-world (ROW) companies, ROW biomanufacturers are devoting their attention to and seeing the most improvements in more basic aspects of process control and development, whereas US and European companies report improvements in more specific areas. Those efforts particularly focus on optimization rather than basic operations. This indicates that ROW companies are actively catching up with manufacturers in US and European countries. Industry Capacity Use Equilibrium

According to the 9th annual survey, industry use of and supply and demand for bioprocessing capacity appear to be in a healthy state of equilibrium, with no major problems. We hear no accounts of manufacturing delays due to lack of capacity and no major complaints of excess capacity, as indicated by CMOsŌĆÖ reporting steady and growing demand. In recent years, capacity use has remained flat for mammalian cell culture systems (at around 61ŌĆō62%), whereas there have been decreases for microbial systems, including yeast. In fact, microbial fermentation use fell for the first time below 50%. Since 2004, capacity use for mammalian cell culture systems has dropped significantly by 14.7 percentage points (from 76.4% in 2004 to 61.7% this year); whereas over the past six years, mammalian cell capacity use has flattened out, changing at most by a few percentage points. This year’s data show that developers are operating at higher mammalian system use rates than CMOs, whereas CMOs are operating at higher rates than developers for all other systems. A Healthy Balance

The biopharmaceutical industry experienced significant, even radical, overall process improvements in the past decade. These have contributed to the industry’s health by preventing severe capacity constraints and surmounting recent economic problems. The industry currently sees a healthy balance of bioprocessing supply and demand, and it is poised for even more process-improvementŌĆōdriven growth. A number of experts note, however, that the current advances are unlikely to remain static. For example, Sourav Kundu, director of process development at Amgen, comments, ŌĆ£I see the need to shorten the development and commercialization time lines. The industry will have to respond through increasing efficiency, performing risk-based prioritization of tasks, developing comprehensive compliance programs all the way back to development, and technological advancements.ŌĆØ Future improvements will require the concerted efforts of both suppliers and drug developers.

Author Details
Eric S. Langer is president and managing partner at BioPlan Associates, Inc., a biotechnology and life sciences marketing research and publishing firm established in Rockville, MD, in 1989. He is editor of numerous studies, including Biopharmaceutical Technology in China, and Advances in Large-scale Biopharmaceutical Manufacturing; elanger@bioplanassociates.com, 1-301-921-5979; www.bioplanassociates.com.