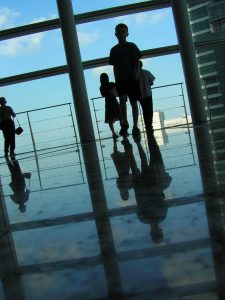 Photo 1: Too much light behind your subject reduces your ability to see it well. A similar loss of vision occurs when organizational metrics get overcomplicated and numerous. (WWW. FREEIMAGES.COM)

This begins a five-article series of ŌĆ£how-toŌĆØ guides for tackling the most common obstacles in assessing, measuring, analyzing, and improving the performance of global biopharmaceutical manufacturing operations. Each installment covers a component of proper collection, analysis, and use of data for the best possible performance outcomes. When taken as a whole, the series should provide imperative best practices for handling business-performance data.

First, consider what you want to know about your bioprocesses. How can you more appropriately measure those data in the right ways? ŌĆ£WeŌĆÖre drowning in data, but thirsting for information!ŌĆØ is a common refrain among biopharmaceutical companies when trying to understand their latest challenges. Every successful company measures a lot of things, often to a degree that not only does not help it, but actually undermines its ability to ŌĆ£see the forest for the trees.ŌĆØ Operational performance gets blotted out by unnecessary and spurious data collection and the pasting of metrics and charts all over physical spaces and corporate intranet bandwidth.

DonŌĆÖt Backlight Your Subjects: One tenet of photographing people or other detailed subjects is to eschew putting those subjects between you and a strong light source. If youŌĆÖre interested in conveying important details of a subject, you donŌĆÖt want those to be
washed out by backlighting, which will happen if you compose a photo with its main subject silhouetted by overwhelmingly bright light (Photo 1).

Photo 2: NobodyŌĆÖs ever read all of these metrics. (AUTHORŌĆÖS PHOTOGRAPH)

The same effect happens when metrics are posted all around a site or work location ŌĆö whether physically or online (Photo 2). They become wallpaper or noise. Truly concerning process shifts or drifts can be obscured completely by data noise. In much the same way that a photo with a bright background overwhelms the photographic plate (in classic chemical┬Āprint processes) or charge-coupled device (CCD) sensor (in digital imaging), too much data cluttering organizational settings (offices, manufacturing spaces, and quality control laboratories) will overwhelm viewers and prevents them from seeing important details. The ŌĆ£Alarm FatigueŌĆØ box describes a related problem.

First Rule: What You Want to Know and Why ItŌĆÖs Important 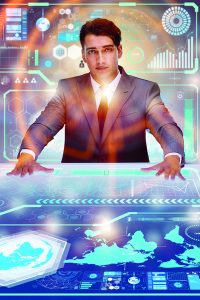 Photo 3: Where should he direct his attention? Keep your measured metrics cogent and precise. ŌĆ£Measuring for the sake of measurementŌĆØ is your enemy in this context. (HTTPS://STOCK.ADOBE.COM)

Different corporate departments try to justify their work and cost centers to the organizationŌĆÖs leadership team by publishing a never-ending series of trend charts describing whatever it is they do. Some of these metrics are useful; most are noise. To avoid getting caught in the same cognitive trap, you should first decide what you want to understand ŌĆö to which, how to understand it is a subordinate question.

If you need to understand a critical cost of quality (CoQ) issue or the reasons for an apparent spike in defects over the past quarter, for example, probing your processes for important causal factors can help. LetŌĆÖs say youŌĆÖve received some indication that quality control (QC) analytical testing is showing peculiar peaks and troughs coming from analyzed manufacturing samples. The first questions to ask in response might be

Consider too that within the manufacturing spaces and all throughout the QC labs, metrics and key performance indicators (KPIs) probably are posted to show how diligently their respective staffs are performing. None of those wallpaper metrics are likely to assist a company in identifying whatŌĆÖs gone wrong in this particular example for attempting to solve the problem.

On Leading Indicators: Many so-called ŌĆ£leading indicatorsŌĆØ often get determined post-hoc: Someone recognizes a correlation in the data after some performance change, so those data are identified as leading indicators for future use only because they were cherry-picked as such. DonŌĆÖt fall into this cognitive trap either! In a later installment of this series, I will describe proper methods of determining leading indicators by analyzing complex datasets.

Second Rule: Determine How You Will Measure It
Now that you know what you want to know, ŌĆ£howŌĆØ to find that out becomes no less important ŌĆö but remember, the ŌĆ£whatŌĆØ comes first. If you choose the wrong data-measurement methods, youŌĆÖre likely to be pulled off the investigatory trail onto a new path that is related only tangentially to your business problems. In the example above of variation in different samples analyzed by a QC analytical laboratory, an investigator might need to measure the temporal nature of that particular issue rather than just obtaining a raw snapshot of ŌĆ£people committing errors.ŌĆØ

In Figure 1, the first type of chart (top) gives a sense of the overall proportion of errors among samples tested, but it tells you nothing about how those defects occur over time.

The second type of figure (Figure 1, bottom) doesnŌĆÖt just make senior leadership put out a mandate saying, ŌĆ£Reduce assay errors below x%.ŌĆØ┬ĀInstead, it encourages problem solving by expressing the real issue. Just bearing witness to data architecture like that makes scientifically minded people say, ŌĆ£Hmmm, there seems to be some pattern to these assay problems. Does that coincide with anything inherent to sample processing and analysis?ŌĆØ Measurement duration matters.

Third Rule: Proper Measurements for the Right Sample Period
Here lie a couple pitfalls: First, there is always a risk when installing a measurement system that employees will ŌĆ£game the system.ŌĆØ Second, measurement duration matters.

To the first point about gaming of systems within organizations: People are smart and naturally competitive, and they donŌĆÖt want something┬Āmonitoring their performance unless theyŌĆÖre sure it will put them in a positive light. To that end, some employees may subvert or circumvent monitoring systems if they feel that the outcomes could be a threat to their employment status. I have seen

Many of those are breaches of GxP practice. But they are ubiquitous and tell us more about human behavior than we could ever understand by asking for honest feedback. The bottom line is that whenever you put into place a metric that incentivizes a particular result, you will encourage and reinforce behaviors that lead to that result regardless of how they get there.

The Hawthorne Effect: The very nature of organizational measurements creates a seductive situation for the┬ĀHawthorne Effect to take hold (1). The name comes from a psychological experiment in the 1920s and 1930s, when psychologists sought to understand the basis for performance improvement on a manufacturing line given different variables at play (shifts, widgets, and so on). The conclusion those researchers came to was that the act of simply being observed contributed an inordinate and significant effect to workersŌĆÖ performance.

Photo 4: Measure the right things, but donŌĆÖt create a panopticon.

We see that in other historical examples as well: e.g., the panopticon, Jeremy BenthamŌĆÖs concept for prison design in which prisoners are held in the outer circumference of a columnar structure (2). The prisonŌĆÖs administrative spaces reside in the center of the column. The whole point of is to set up a psychological edifice wherein each prisonerŌĆÖs cell can be watched covertly by guards in the central space. The principal behind this architecture is that prisoners will behave in a more conforming way if they think they are continuously watched by an unseen observer. Clearly ethical issues arise with the philosophical foundation of a panopticon, but the basic management tenet that ŌĆ£what gets measured gets doneŌĆØ is the business-speak equivalent of the premise underlying both the┬Āpanopticon and the Hawthorne Effect ŌĆö that is, changing behavior through observation (Photo 4).

Figure 2: Checksheets of QA tallies shows where errors occur within a batch record.

ItŌĆÖs possible to minimize the obtrusiveness of measurements within operational areas, and a good rule of thumb is that the more invisible and automatic are the systems for measurement, the better. Specifically, the quality tool called a ŌĆ£check sheetŌĆØ is a typically manual document tallying something (or somethings) to keep a record of transactional data (Figure 2). For example, every time a GMP batch record is found to have an error upon QA review, a tick mark can be put on a check sheet along with typically another parameter of interest (such as day of the week, shift, section of record, extent of the excursion, and so on). That eliminates fallacious arguments from memory such as, ŌĆ£This batch record isnŌĆÖt any more error-prone than these other ones.ŌĆØ The actual real-time QA-collected data are readily apparent and usable for problem-solving. With electronic batch records, errors can be detected and tallied by a computer system in real time ŌĆö or even better, the electronic batch records (eBR) system wonŌĆÖt allow an operator to progress to the next step unless the previous step has been input properly (because prevention beats correction every time). 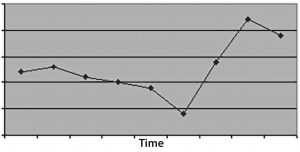 Figure 3: (top) When you donŌĆÖt measure for long enough, the time-series plot doesnŌĆÖt have enough data to discriminate an effect, leading to a conclusion of bias or no conclusive action at all, just no evidence of an effect.

Duration is another major potential pitfall. It is a mistake both not to measure a process for long enough and to measure it for too long with no end planned. IŌĆÖve often seen arbitrarily chosen measurement durations or the documentation of a corrective and preventive action (CAPA) committing to ŌĆ£measurement of process X to demonstrate (something)ŌĆØ with no end game.

In the first case, time windows that are too small will not provide statistically meaningful evidence for the nature of a problem or resolution of its root causes. Choose a measurement duration based upon how many ŌĆ£unitsŌĆØ occur in a given period. For example, if you have a process that iterates only three times each week, then one month of measurement probably isnŌĆÖt enough time to demonstrate a problem (or its resolution). 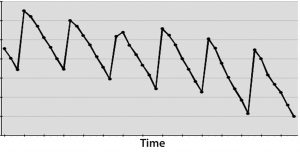 Figure 3: (bottom) A cyclical effect repeats X times, and not applying CAPA allows for many instances that could have been averted.

On the other hand, if you have a DCS system polling instruments second by second ŌĆö or even dozens of times per second ŌĆö then measuring for a month or more could cost your business more in lost time and opportunity than itŌĆÖs worth. In such cases, only a few days would give you sufficiently thousands of data points from which to draw meaningful inferences. Spending more time measuring for measurementŌĆÖs sake can cost a business in potential defects that are not resolved soon enough (Figure 3).

Looking Ahead: Asking the Right Questions
In the next installment of this series, I will present more in-depth ways to keep from choosing the wrong parameters to measure. For any CAPA to be effective, it must be properly determined and selected by identifying and understanding the signal within the data noise. Choosing the right things to measure will ensure that youŌĆÖre not just chasing noise.

Reference
1 Cherry K. What Is the Hawthorne Effect? VeryWell 27 July 2017.

Ben Locwin, PhD, MBA, MS, MBB, is president of Healthcare Science Advisors; ben.locwin@healthcarescienceadvisors.com. He has provided insight and breakthrough performance for many Fortune-500 companies ŌĆö principally in healthcare, but also the food and beverage, aerospace, automotive, and oil and gas industries. Follow him on Linked In and Twitter@BenLocwin.