Examples of sensor integration into different single-use vessels and bioreactors

A process analytical technology (PAT) strategy involves defining critical process parameters (CPPs) of a biomanufacturing process that influence critical quality attributes (CQAs) and controlling those CPPs within defined limits. Doing that enables consistent product quality and helps companies reduce waste and costs. Glucose is an important CPP in bioprocessing and cell therapy. Glucose often is fed as a bolus addition based on daily off-line measurements, but that can lead to high glucose fluctuations and to excessive glucose feeding, which can increase toxic byproducts such as lactate and ammonia. However, insufficient feeding can lead to nutrient depletion and a risk of carbon-source limitation. 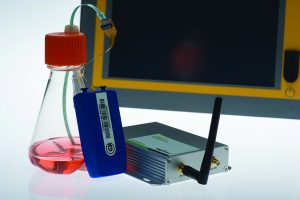 C-CIT Sensors was established in 2013 as a provider of in situ glucose and lactate sensors. These sensors enable in situ real-time monitoring and automated process control based on glucose concentration in vessels and bioreactors. The sensors can be used in applications such as bioprocessing, cell therapy production, development of medical devices. Sensors are screen-printed electrodes covered with an enzymatic paste to measure glucose and/or lactate, and they are covered with a USP class VI material. They are available in different housings, depending on the vessel or bioreactor such as the following:

Process probes with Panzer-Gewinde (PG) 13.5 thread are available in different lengths (120 mm and 225 mm, other lengths on request) for single use bioreactors (SUB).

Preassembled flow cells sensors with micropump and are ideal for rocking-motion bags.

Sensors, whether they are single metabolite (only glucose or lactate) or combined (glucose and lactate on one sensor) are connected to transmitters that send a signal wirelessly every 20 seconds from the sensor to a tablet. The C-CIT sensorsâ€™ software enables users to visualize data and set feed-pump settings for automated process control based on in situ measured glucose concentration. Sensors are single use and can be used in a process for three weeks. Depending on the sensors chosen (single metabolite or combined), a starter kit is needed. The CITSens Bio starter kit is for single metabolite sensors, and the CITSens MeMo starter kit is for combined sensors. Both systems consist of a tablet with software and four transmitters, but more transmitters can be connected to a tablet.

Measurements are stored in a MySQL database and visualized in a browser application on the tablet or can be transferred via OPC (e.g., Sartorius Ambr 250 or DeltaV systems) or application programming interfaces (e.g., Infors HT Eve software) into a third-party process control system. For direct integration, a USB wired board (virtual COM port connected by USB or RS232) measuring module is available.

Example of Glucose Control Strategy: Multiple fed-batch cultivations were performed with Chinese hamster ovary (CHO) K1 cells producing recombinant human monoclonal antibodies (MAbs) with different cultivation parameters and glucose concentration-thresholds. A 2-L BioStat bioreactor (from Sartorius Stedim Biotech) was used, with 1-L start volume for a cultivation time of 14 days. This study demonstrated the ability of the CITSens Bio APC system to maintain a constant glucose concentration level at different thresholds. It also showed that on-line glucose measurement generates comparable results to established measurements with a biochemistry analyzer. For all cultivations, the cells showed a viability >95%, except on the last two days when it decreased to 90%. Viable cell density reached up to 2.3 Ă— 107 cells/mL. 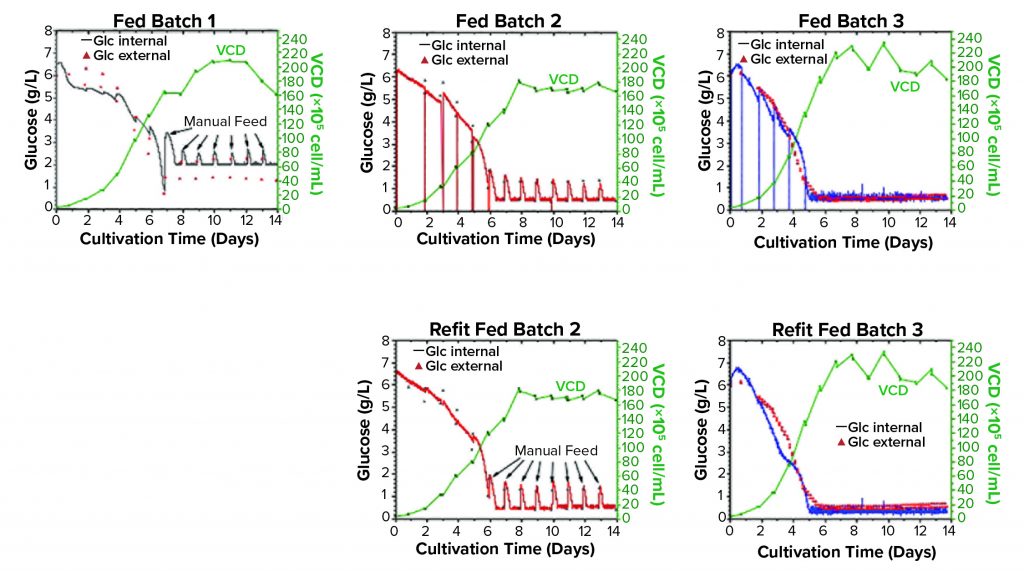 The first fed batch showed how a sensor responsed and worked at a level of 2.0 g/L glucose without recalibration (Figure 5). For the second fed batch, a level of 0.5 g/L was chosen to test the sensor at a lower glucose level. The sensor was calibrated because of the deviation of on-line and external values in the first run. For the third fed batch, the feed strategy was changed from a daily feed to a continuous feed to stabilize the glucose level even more, and variation in the glucose concentration measurements could be minimized by splitting the feed into six feeds. A refit of on-line values showed that a recalibration was not absolutely necessary. The measurement and controlling of the glucose level is reliable even at a glucose concentration of 0.5 g/L with the CITSens Bio APC systems.

Thus, process control based on glucose (carbon source, a direct parameter) concentration enable processes to run at low-glucose levels without a danger of depleting glucose and process control without sampling. That approach also reduces routine manual work and risk of contamination.