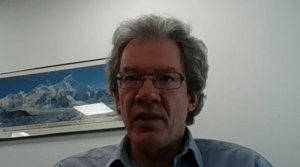 Astrea Bioseparations (formerly Prometic Bioseparations) is eager to expand in the wake of its acquisition by Gamma Biosciences, a platform for life-sciences tools and a subsidiary of KKR. Burton explained that before the acquisition, his company felt torn between its roles as a supplier of bioseparations tools and a development team for the Prometic Group. Acting as Gamma Bioâ€™s downstream extension will enable Astrea to develop its affinity-chromatography technologies and broaden its expertise.

Having spent 30 years in the biopharmaceutical industry, Burton has witnessed monumental shifts in biomanufacturing. However, he reflected that â€śmany of the original challenges remain, but in a new context.â€ť Cell-line development and high titers occupied researchersâ€™ minds in the early days. â€śThe extraction and purification of those proteins into a good manufacturing practice (GMP)-quality product fit for administration to humans was almost a secondary thought.â€ť

The upstream fixation continues today for both conventional biologics and cell and gene therapies (CGTs). Manufacturers focus on how they can maximize viral-vector production and how those vectors can deliver their genetic cargo to target cells. In this respect, the CGT industryâ€™s development strikingly resembles that of original markets for recombinant proteins.

Only now are manufacturers investigating bioseparations tools scrupulously. Continuous processing has driven that research, compelling the development of filtration and chromatography methods that run small batches back to back and/or in rapid succession. Companies also are exploring affinity-ligand alternatives to protein A, which was optimized for recombinant proteins but is not ideal for complex constructs and CGTs. Other ligands might enhance selectivity and facilitate washing and polishing.

Methods developed originally for small-molecule discovery are spurring on downstream research. High-throughput screening now enables construction of affinity-ligand libraries. Such an approach depends on â€śserendipity,â€ť Burton admitted. Researchers must trust that â€śthereâ€™s a compound in the library that happens to have the right shape and charge distribution to bind to the molecule that weâ€™re interested in and that doesnâ€™t interact with impurities.â€ť But ligand libraries are proving to be useful and cost-effective. Computational chemistry could remove serendipity from the equation. Researchers now can â€śdockâ€ť multiple ligands onto a protein site algorithmically. That enables researchers to hone their inquiries to promising ligands and to measure how effectively they might bind to a target. Such innovations are beginning to address perennial purification challenges.