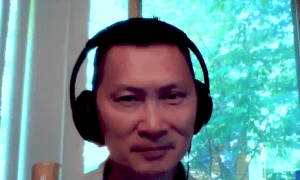 WuXi Advanced Therapies has served the cell and gene therapy industry as a contract development and manufacturing organization (CDMO) for nearly two decades. When speaking with BioProcess Insider‚Äôs Dan Stanton, Hsu reflected on factors that accelerated industry growth. He observed that despite the advent of chimeric antigen receptor (CAR) T-cell approaches early in the 2000s, investment in cell and gene therapies did not surge until the 2010s. And although industry insiders are likely to remember that period for widespread facility expansions, investments in talent ‚ÄĒ especially for analytical and process development ‚ÄĒ were just as critical to industry progress. Advances in raw materials and platform technologies also enabled the company to grow sustainably and deepen its expertise.

That lesson might be helpful for today‚Äôs cell and gene therapy industry, Hsu continued. Demand for CDMO services and capacity is rising. New players are joining the industry, existing clients are advancing candidates to late clinical stages, and emerging cell and gene therapies often require high volumes for systemic administration to patients. Capacity constraints are real, Hsu admitted. But bottlenecks also occur during analytical and process development because those units cannot keep pace with demand. Thus, cell and gene therapy developers and CDMOs must consider how to make long-term growth sustainable.

In addition to recruitment and training efforts, the industry could concentrate on developing and then streamlining manufacturing platforms. Hsu quipped, ‚ÄúYou can‚Äôt have improvements if there‚Äôs nothing to standardize and improve. And once you have a platform in place, it gives you something that you can keep building upon.‚ÄĚ

Unlike CDMOs in the traditional biologics industry, which largely have adopted Chinese hamster ovary (CHO) expression systems, cell and gene therapy manufacturers probably cannot coalesce around a single platform for all advanced therapies. CDMOs might need to develop several platforms (adherent- and suspension-based) for adenoassociated virus (AAV), lentivirus, and CAR-T production. But having a platform and process in place enables standard-setting and thus gradual optimization and innovation.

Hsu emphasized that further cell and gene therapy innovations will arise out of close partnerships between clients and CDMOs. Sponsors often inherit their processes from academic centers. Such processes can be innovative, but they need the support of manufacturing partners to characterize them fully and develop them to the point of optimization. Then cell and gene therapy manufacturers can focus on titers, scale-up, and speed.