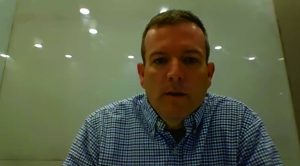 Samsung Biologics has expanded its capabilities with a goal of providing end-to-end biomanufacturing solutions. The company has offered both drug-substance (DS) and drug-product (DP) manufacturing services since its inception. Across three sites in South Korea, the company offers 364,000 L of bioreactor capacity, including units for nÂ â€“Â 1 perfusion cell culture. To those capabilities Samsung has added contract research support for biosafety testing, standalone quality control (QC) services, and a novel cell-line development (CLD) program. Gill focused on how that CLD platform enables clients to advance from gene of interest (GoI) to investigational new drug (IND) application in 10.5 months.

Samsung leverages internal and external capabilities to accelerate early production stages. Because vectors are developed off site, the company can move directly from receipt of a clientâ€™s GoI to transfection and CLD. The company contracts out to generate and characterize master cell banks (MCBs) but arranges for delivery of research cell bank (RCB) material to its process development unit for initiating upstream, downstream, formulation, and analytical activities. Then Samsung teams work directly with clients through good manufacturing practice (GMP) production of DSs and DPs and development of documents for IND filing. Gill emphasized that this pliable structure enables his company to meet to meet clients at whatever point they are ready to transfer to a CMO.

CLD from transfection to RCB requires three months. Samsung achieves such speed using a novel instrument and unique cell line. The Berkeley Lights Beacon platform optoelectrically isolates cells in nanowells, cultures those cells, and analyzes their resulting clones. The Berkeley Lights system can screen 6,800 clones in the middle of a CLD platform. That, Gill suggested, can increase the accuracy of cell productivity and growth measurements compared with readings obtained using small-scale bioreactors, optimizing clone selection. Gill added that Beacon technology generates visual records of monoclonality that can be critical to IND submission.

Gill explained that the cell line exhibited robust and repeatable growth even without design improvements. During initial development, Samsungâ€™s teams compared how well its five most productive glutamine synthase knockout clones and a standard CHO control expressed IgG1 antibody in a 14-day fed-batch process. Samsungâ€™s top-performing clone expressed 24% more antibody than the control did (3.6 g/L and 2.9 g/L, respectively). Clones derived from Samsungâ€™s top performer generated even higher titers (5.7 g/L). That discovery was exciting â€śbecause it allowed us to initiate our upstream process development early in the CMC timeline to generate material for formulation development and even upstream and downstream screening.â€ť

Subsequent studies of that productive clone yielded an even higher-performing one that expressed 7.6 g/L in similar experimental conditions. And instead of diminishing in viability at the 14-day mark, this clone maintained >90% cell viability over a 20-day fed-batch process. Gill explained that although the clone could yield 11.6 g/L of IgG1 over 20 days, Samsung teams determined that a 14-day fed-batch process would result in more targeted, scalable, and reproducible manufacturing. And after all that exploration, Gill emphasized, â€śWe now are in the 10 g/L range without an optimized vector system.â€ť

Gill concluded by noting that Samsungâ€™s services are competitively priced, with no binding structures or royalty payments for the glutamine synthase knockout cell line. The organization has 2,600 employees, 1/3 of whom work in a QC unit that has led 51 global regulatory approvals. In the near future, Samsung hopes to serve even more clients than before with the late-2020 launch of a research and development center in the United States.