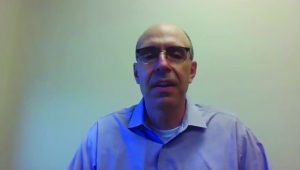 Speed and efficiency remain major drivers for developers bringing their protein-based biologics to first-in-human studies. The right cell-line development approach can help streamline a path to clinic for both standard monoclonal antibodies and more complex modalities such as bispecifics. Bleck shared recent data on how the GPEx suite of technologies provides for high titers, short timelines, and flexibility in cell-line development for mammalian-expressed proteins.

He began by explaining that protein therapeutics can differ dramatically from one another. They can be anything from a single-chain, small molecule of 10,000 or 20,000 Da molecular weight to complex bispecific molecules that might include four chains and molecular weight closer 300,000 Da. He explained his companyâ€™s approach to determining what cell line development technology from Catalentâ€™s suite of technologies fits a clientâ€™s molecule the best â€” knowing that no single approach will work with all molecules.

He emphasized the importance of stability in gene expression, especially for certain complex molecules. Although the Chinese hamster ovary (CHO) cell line is commonly used, a client might need to use a non-CHO cell line. Regardless of the cell line,Â  Catalent can stably insert genes into a cell line to maximize expression.

Bleck focused on flexibilities offered through the companyâ€™s GPEx suite, which can be used to generate a number of different cell lines. He listed examples of commercially available products and others still in development, including monoclonal antibodies (MAbs), Fc fusion proteins, recombinant proteins, multispecific antibodies, recombinant proteins, Fab fragments, virus-like particles, and single-chain antibodies. He described how the technology targets insertion of a gene into multiple transcriptionally active sites without antibiotic selections and without the use of toxic compounds for gene amplification. Because the transduction process yields a stable pool with all the cells producing protein, he noted that the efficiency of getting those genes into cells is close to 100%. The technology produces cell pools with greater consistency than with standard cell-line development and with titers â‰¤7 g/L.

Bleck highlighted several examples. In one case, a client compared a GPEx pool of stable clones with an internal pool. The GPEx clones all expressed at relatively high levels whereas with the internal systems, a number of the clones didnâ€™t express, and the majority of the clones expressed at very low levels. In another example, he showed how GPEx technology was used for a complex protein â€” a novel four-chain bispecific antibody that required expression of four individual chains, each with a different molecular weight. He outlined the cell-line development workflow. Bleckâ€™s third example showed how the technology was used for expression in 293HEK cells in suspension bioreactor conditions â€” indicating that it can be used easily in a non-CHO cell line.

A newer technology, the GPEx Boost system, combines GPEx technology with a glutamine synthase knockout CHO cell line. Synergy between both technologies results in significantly better cell lines. Pools created by the GPEx Boost product have higher average titer and lower deviations from the mean than those from standard cell-line development technologies. In an example of development of a hard-toexpress Fc fusion product, Bleck compared expression with GPEx Boost with that from using just GPEx. The combination provided higher, stable pool production with a higher clone production of >7 g/L.

A third option, GPEx Lightning technology, was scheduled to launch a few weeks after this presentation. It incorporates advantages of the previous systems but allows for faster generation and relies on a more traditional transfection approach rather than using retroviral vectors. The new system leverages the same proven high titer, productivity, and stability of GPEx technology in cell pools.

Catalent therefore can offer three options depending on a clientâ€™s molecule and program. The three technologies apply the same concept in different ways. The Q&A session following the presentation addressed how GPEx improves stability in pools, how it has benefited work with different bi-and multispecific formats, and how to interpret claims of fast turnaround times from technology providers.