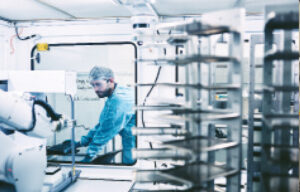 For the past 20 years, IŌĆÖve been a committed and interested partner to developers of cell and gene therapies (CGTs). IŌĆÖve participated in the highs and lows of the industry. Initially, we looked to the development of monoclonal antibody (MAb) therapeutics for a roadmap to anticipate what would occur in the CGT field. It was thought that manufacturing processes would consolidate upon a single ŌĆ£winningŌĆØ platform process and that both scale and productivity would be increased primarily by focusing on cell lines and culture media.┬Ā Pioneers of the industry hoped that treatments would move from rare diseases and oncology to more encompassing indications. Ultimately, gene therapy developers found that different indications require different vectors because such delivery systems are designed for different functions. Likewise, weŌĆÖve moved from applying a single cell type such as T cells for chimeric antigen receptor (CAR)-based treatments to many different cell types, both native and genetically modified.

Clearly, CGTs have not taken the same development path as MAbs, and those paths are unlikely to converge unless one of the modalities shows differentiated benefits for productivity, purity, and applicability. However, manufacturing processes have improved dramatically since production of the worldŌĆÖs first CGT products, as has industry and regulatory understanding about the safety profiles and characterization requirements for such products. But the CGT industry has much further to go.

The State of the CGT Industry
A major question that lingers along the development path is whether gene therapies will continue addressing monogenic targets or expand to multigenic indications. Despite efforts to match the productivity of processes for other biopharmaceuticals, improvements to CGT-process productivity have been stepwise rather than transformative, and such changes generally have not met expectations. One result is that after 20 years, CGTs largely remain focused on treating small patient populations with specific medical needs. Small production volumes also have led to high prices, which have been justifiable for early entrants to the CGT space but will be unsustainable in the long term.

Until the past few years, suppliers of raw materials, cell-culture media, and bioprocess equipment largely have ignored the CGT space. The market had been perceived as too small and unproven to provide profitable opportunities. Luckily, commercial success has driven most suppliers to recognize the CGT industry as a viable market that needs special attention. Today, equipment is designed solely for cell therapy applications or viral vector manufacturing. Raw materials such as plasmids have increased both in quality and availability. Most suppliers have awakened to the potential of CGT commercial success, especially considering that clinical timelines for most such products are condensed compared with those for MAbs and other biologics.

The Story of Oxford Biomedica
My employer, Oxford Biomedica, also has been involved in gene therapy production for over 25 years. Oxford Biomedica has been a biotechnology company for much of its history, and weŌĆÖve built lentiviral (LV) manufacturing technology to support in-house production of our products. Like many other candidate therapies, our lead programs did not progress through clinical studies, and weŌĆÖve moved on to other indications. But our hard work in gene-therapy development, manufacturing, analytics, quality control (QC), and regulatory affairs has paid off nicely because other companies have recognized the depth of our expertise. WeŌĆÖve forged licensing partnerships so that our technology can be used by multiple companies rather than just one. 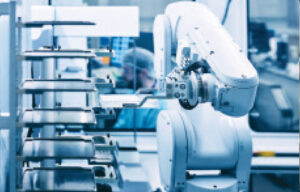 We capitalized on that business model in January 2022 when we worked with Homology Medicines to form a new entity called Oxford Biomedica Solutions to focus on adenoassociated virus (AAV) development and manufacturing. The hard work that was put into developing AAV manufacturing expertise now is readily available to partner organizations rather than held closely within one company. The decision to form Oxford Biomedica Solutions speaks to the importance of sharing lessons learned from taking products from early clinical phases through commercial manufacturing with partner companies that want to benefit from such experience.

Personal Reflections on CGT Development
From a business perspective, CGT companies have needed to navigate a series of ups and downs. Such a process isnŌĆÖt for the faint of heart.

Early in my career, only academic centers, a few biotechnology companies, and a large pharmaceutical company or two engaged with gene-therapy technologies. In 1999, the tragic death of Jesse Gelsinger, the first person to die during a clinical trial for gene therapy, dropped the industry to its knees. Most large pharmaceutical companies stopped funding gene therapy projects, but a small number of true believers persisted with the technology, developing safer and better vector systems and improving clinical trial design and support.

It was only 10 years ago that two fundamental technologies were found to be effective for gene therapy: AAV vectors were found to be effective in delivering therapeutic genes for certain monogenic rare diseases, and patients treated with CAR-T products showed spectacularly improved rates of complete responses to blood cancers. Companies and investors started to take notice. In 2019, when AveXis/Novartis began commercializing Zolgensma (onasemnogene abeparvovec-xioi) as a treatment for spinal muscular atrophy (SMA), I was among many scientists who felt that the drugŌĆÖs regulatory approval was just the validation that the CGT industry needed.

My work in CGT is personal. My 21-year-old daughter suffers from Rett syndrome (RTS, cerebroatrophic hyperammonemia), a rare, monogenic neurological disease. Sadly, a cure is not yet available ŌĆö but developers are still trying. The challenges that my family has encountered while seeking out RTS treatments mirror some of the obstacles that face the CGT industry. Manufacturing processes remain small and fragmented, although they have moved largely to mammalian cell cultures in suspension bioreactors, which will provide scalability advantages. AAV vectors work best when the serotype used matches to a target organ, but results have been inconsistent. Increasingly, the US Food and Drug Administration (FDA) insists on characterization of AAV products, even for early phase clinical trials. A number of clinical holds have occurred for AAV-based gene therapies. Thus, Oxford Biomedica believes, as do many drug companies, that AAV needs to be manufactured using a scalable process that can deliver high levels of full, infectious particles; that qualified analytics should be established at the earliest possible stage; and that impurities, including empty capsids, must be closely monitored and reduced.

Guarded Optimism for the CGT Industry
IŌĆÖve worked for both drug developers and service providers within the CGT industry, so I am in the novel position of having been on both sides of the table. The macrodynamics of outsourcing have changed dramatically over the past five years. What had been a largely underserved marketplace now has become inundated with large multinational pharmaceutical companies, specialty providers, and academic centers. Companies that suffered through 18ŌĆō24 months of waiting in a manufacturerŌĆÖs queue have decided to build their own capacity. And the few manufacturing specialists with CGT capabilities have found themselves becoming critically important as the talent pool has thinned out among the industryŌĆÖs many offerings. This current situation, when combined with our uncertain economic environment, is putting internal and external manufacturing capacity under renewed focus.

I am hopeful but realistic about the next 10 years of the CGT industry. The COVID-19 pandemic has shown us that under certain circumstances, new technologies such as mRNA can be developed and scaled rapidly. Cell therapies are likely to improve in quality and scale through automation of production processes. Improvements also might come from transitions from autologous to allogeneic processes or from novel applications such as in vivo delivery of CAR T cells. I hope that gene therapies will move to even more scalable processes, with well-considered regulatory guidelines ŌĆö particularly for AAV-based therapies ŌĆö established to help minimize patient and manufacturing risks. And just maybe, we can treat not only rare diseases such as what my daughter has, but also larger indications. Doing so will support the future of the industry.