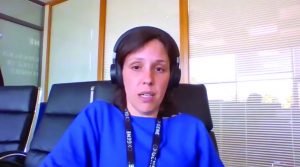 The new system leverages the fact that adenovirus transcribes proteins differently depending on how advanced it is in its lifecycle. Early in that cycle, transcription units express the nonstructural proteins that are responsible for viral DNA replication in both adenovirus and AAV. But latestage adenovirus proteins are transcribed primarily by major late promoters (MLPs) that code for structural components (and not for proteins that are germane to AAV). The TESSA platform regulates MLP transcription such that adenovirus can perform its helper functions for AAV production but cannot advance to late stages in its lifecycle.

The TESSA platform incorporates two changes into the adenovirus genome. The system introduces a tetracycline repressor (TetR) binding site into the MLP, then gives the MLP control over TetR gene transcription. Thus, instead of transcribing adenovirusâ€™s late-stage genes, the MLP instigates a negative feedback loop in which those late-region structural proteins can be produced only in the presence of doxycycline (Dox). In the absence of Dox, TetR binding inhibits expression of late-region structural genes, and infectious adenovirus particles are minimized (<10 TCID 50/mL).

After explaining how Oxgene developed the TESSA platform, PatrĂ­cio describes how it can improve AAV production. In one set of experiments, Oxgene performed a TESSA 2.0 coinfection approach using two virus systems, one encoding a gene of interest (GoI) and another coding for AAVâ€™s replicative (rep) and capsid (cap) genes. The resulting physical and infectious AAV titers were compared with values obtained using triple-plasmid transfection into human embryonic kidney (HEK) 293 cells. Oxgene achieved a 40-fold increase in production of AAV2 when using TESSA systems. When those virions were used to infect other cells, the company observed a significantly higher particle to infectivity ratio than that obtained using AAV2 generated by transient transfection.

The coinfection approach presents similar advantages for production of other AAV serotypes, PatrĂ­cio explained. Compared with a helper-free control, a TESSA process averages 10-fold increases in titer for AAV6 and AAV8, and the resulting virions show high infectivity rates when transduced in HEK293 cells. TESSA viruses for production of AAV8 also demonstrate high efficacy when transducing into hepatocytes derived from induced pluripotent stem cells (iPSCs). Oxgene evaluated those cells because they are known to have high tropism for AAV8.

Beyond coinfection applications, Oxgene also uses its repâ€“ cap virus to propagate large quantities of AAV from existing preparations, a process that the company calls its TESSA-Pro method. The company has found that the TESSA-Pro and TESSA 2.0 approaches yield comparable quantities of infectious AAV2. Cells generated by the TESSA-Pro method also show significantly less contamination from adenoviral DNA than those resulting from transient transfection. PatrĂ­cio noted that minimizing the number of particles used to seed the AAV stock preparation not only can increase yields, but also diminish adenoviral contamination.