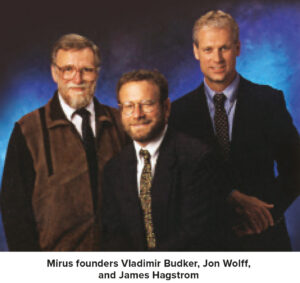 The science behind transfection spans from calcium phosphate precipitation to newer methods that are easier to perform, more efficient, and consistent. Mirus Bio strives to perfect gene delivery to cells in culture and support different applications within the life sciences community. The companyâ€™s capabilities include RNA interference (RNAi), clustered regularly interspaced short palindromic repeats (CRISPR), and viral vector development for cell and gene therapies with the launch of TransIT-VirusGEN GMP transfection reagent and kits for supporting clinical and commercial adenoassociated virus (AAV) and lentivirus (LV) production.

Founding scientists Jon Wolff, Vladimir Budker, and Jim Hagstrom spent most of their careers studying gene delivery to cells. They were instrumental in many landmark discoveries relating to in vitro and in vivo nucleic acid delivery and cell culture applications. In 1990, Wolff and colleagues at the University of Wisconsin were the first to show that naked plasmid DNA could be taken up and expressed by muscle cells in vivo (1). In 1996, Budker and Wolff were the first to demonstrate that naked plasmid DNA could be delivered with high efficiency to liver cells in vivo using a rapid, high-volume injection (2). In 2004, Hagstrom et al. developed a breakthrough method for delivering genes into skeletal muscle using retrograde delivery into veins (3).

In 1996, Mirus was at the forefront of transfection with the introduction of its breakthrough TransIT-LT1 transfection reagent. It was the first serum-compatible solution to combine high-efficiency delivery with low toxicity to cells. This flagship technology remains a transfection reagent of choice for many researchers around the world. Over the years, Mirus expanded the TransIT line into a comprehensive platform of broad-spectrum and cell-lineâ€“specific transfection reagents and kits. Mirus added the Ingenio electroporation kit and solution for delivery of nucleic acids into different cell types, thereby addressing the fact that some cells are refractory to chemical transfection. 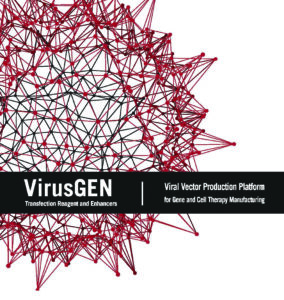 discovered RNAi as a valuable research tool (4), earning the Nobel Prize in Physiology or Medicine that same year, and Mirus applied this technology to its novel approaches to transfection by creating a small-interfering RNA (siRNA) delivery system called Dynamic PolyConjugates (DPCs). The therapeutic and commercial potential of RNAi fueled investment in this field, but the main impediment holding back its clinical application was the lack of an effective method to deliver therapeutic nucleic acids systemically. Drawing upon years of research that focused on nucleic acid chemistries and delivery, researchers at Mirus Bio made a key breakthrough that consolidated several independent discoveries into a potent new delivery platform. The company established a new performance standard for delivery of RNAi-inducing therapeutics. DPC technology was the first rationally designed synthetic formulation for nucleic acid delivery that mimicked the natural viral targeting and disassembly process. That led to the acquisition of Mirus Bioâ€™s discovery division by F. Hoffmannâ€“La Roche in 2008. Before the acquisition, Mirus operated as two divisions: research products and discovery. Although the discovery division was acquired, the research products division emerged as an independently owned and operated entity, still known today as Mirus Bio, LLC.

In 2017, the company again demonstrated leadership in gene delivery to viral transduction with the introduction of TransIT-VirusGEN transfection reagent for AAV and LV in adherent and suspension cell-culture platforms. Because of its flexibility, TransIT-VirusGEN addresses shortcomings in the workflow by eliminating unnecessary steps, delivering best-in-class virus titers, and enabling optimal success in downstream transduction experiments. For those reasons, TransIT-VirusGEN has become a preferred transfection reagent among scientists.

Cell and gene therapy manufacturers have faced many challenges in the search for a high-performing, cost-effective means to produce AAV and LV vectors within the safety, quality, and volume profiles required to make advanced therapies commercially viable. In under a year after the introduction of TransIT-VirusGEN GMP-grade transfection reagent, biopharmaceutical companies have chosen our platform to solve problems and to support their clinical development programs.

First-generation, nonviral transfection methods rely on simple, linear polymers such as polyethyleneimine (PEI) or liposomes to transport DNA to cells. The technology underlying TransIT-VirusGEN and other Mirus reagents uses fully synthetic components to mimic more closely the natural mechanisms that viruses have developed to deliver nucleic acid cargo to cells. Those biomimetic transfection formulations rely on lipidâ€“polymer nanocomplexes (LPNCs) and other components to enable higher titers than can be accomplished with PEI-derived polymers or liposomes alone. 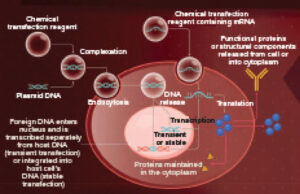 As Mirus continued to expand its expertise, it was acquired in 2021 by Gamma Biosciences. The transaction further enables Mirus Bioâ€™s expansion into GMP production and commercialization of its flagship TransIT-VirusGEN product for large-scale manufacturing of AAV and LV viral vectors for gene therapy and further development and commercialization of the platform for in vivo delivery applications. Demand for efficient and scalable gene-delivery technologies continues to increase as larger volumes of viral vector are required to support gene therapies in development. TransIT-VirusGEN transfection reagent and Mirus Bioâ€™s portfolio of additional products and services will help customers working at research and clinical scales to achieve cost-effective functional titers.

As we approach a new era of addressing and conquering life-altering diseases, Mirus Bio will continue to expand its expertise and leadership in transfection to be integral in the future of advanced therapies.