German life sciences firm Sartorius is expanding its presence in Michigan with plans to open an 130,000 square-foot facility in the Tech Loop at Ann Arbor Research Park by the end of 2023, creating a flag ship plant for the firm in North America.

In total, the firm has purchased over 15 acres of land at an undisclosed price, providing it with sufficient space for future expansions. 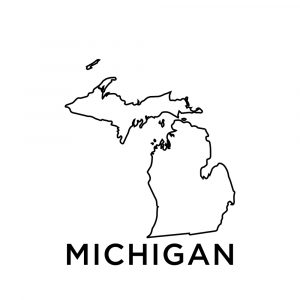 “Michigan is an emerging and dynamic biotech hub that is home to a wealth of highly skilled talent. Sartorius is on an ambitious path that requires us to constantly innovate and simplify progress for our customers. With this new site, we will provide a stimulating environment to further fuel the creativity and cooperativity of our existing teams. We will also be well situated to attract and retain talent in the Ann Arbor community,” a spokesperson for Sartorius told us.

The Ann Arbor site is â€śan integral part of [Sartoriusâ€™s] ongoing worldwide expansion,â€ť the firm says, and 160 jobs are expected to be created over the next three years. These jobs include operations, product development, and other support functions.

“To reach talent, Sartorius is working together with local organizations [such as] Michigan Works! and Ann Arbor SPARK.”

Back in July, the firm released its H1 2021 financial results with CEO Joachim Kreuzburg noting the â€śabated high demand for innovative technologies used in the production of biopharmaceuticals.â€ť

According to the firm, this demand continues to grow rapidly and is backed by Sartorius investing around â‚¬400 million ($467 million) worldwide in 2021 alone.

Sartorius claims that by 2025, it will more than double capacities for its key product groups. Additionally, it plans to expand its presence with customers, particularly in China and the US by setting up Customer Interaction Centers.

This month, the firm bolstered its virus clearance R&D capabilities in Lanarkshire, Scotland after signing a 15-year lease at Maxim Park.