CordenPharma has invested over $10 million into expanding Lipid Nanoparticle (LNP) formulation, development, and production at its site in Italy to support the burgeoning xRNA market.

The investment at the sterile injectable facility in Caponago, Italy aims to support customers developing ‚ÄòxRNA‚Äô based vaccine and therapeutics ‚Äì including mRNA, siRNA, saRNA, microRNA ‚Äì through LNP formulation and production.

‚ÄúWe believe that the xRNA market is going to be a significant potential market moving forward,‚Äù a spokesperson from CordenPharma told Bioprocess insider. 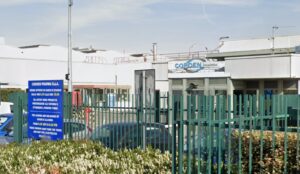 ‚ÄúFor a number of years we have seen companies try to successfully bring products to market, but the obvious success with the Covid vaccines validated that the approach can work, that xRNA products can be successfully brought to market.¬Ý Now we need to see other companies follow up on those successes and we look forward to helping them on the development pathway with this new expansion.‚Äù

The expansion will begin in late 2022 with the construction of a new hub for LNP formulation with cGMP manufacturing to make clinical batches at any stage, including small commercial drug products that adopt LNP technology. The build-out will create up to 15 high-level jobs, which CordenPharma plans to recruit and fill over the coming months.

While CordenPharma recently received a cash injection through its acquisition by French private equity firm Astorg Partners, the ‚Ç¨10 million ($10.7 million) funding for this expansion had already been approved before the deal was done.

‚ÄúThe decision to move into the xRNA space via the LNPs was a logical next step for CordenPharma as an extension to our Lipid supplies, both standard and custom lipids as well as our plant based BotaniChol cholesterol product and our sterile filling capabilities at the CordenPharma Caponago facility,‚Äù we were told.

‚ÄúAs an organization we continue to look at other possible expansions of our service offerings either via organic growth (such as this expansion) or via acquisition.‚Äù