With four manufacturing lines prepped to produce 400 million doses, Lonza has congratulated Moderna on positive interim results for its mRNA vaccine against COVID-19.

Biopharma has appeared to gain the upper hand on its battle against COVID-19 in the past week. First Pfizer and BioNTech reported positive interim results â€“ a 90% efficacy rate â€“ in a Phase III study of its mRNA vaccine candidate, and days later Moderna topped this reporting that its mRNA vaccine was shown to be 94.5% effective in preliminary data from its large-scale Phase III trial.*

Such levels of effectiveness are promising, as seasonal influenza vaccines are often fall in the range of 40% to 60%, while regulators have said they would approve a COVID-19 vaccine with just a 50% effectiveness rate. 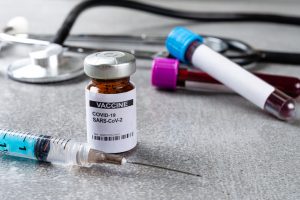 â€śWith positive interim results from both Modernaâ€™s and Pfizerâ€™s mRNA vaccine candidates, we are witnessing a major step forward in the evolution of vaccine technology, with the potential to change the way we manage infection and disease in the future,â€ť said Pierre-Alain Ruffieux, CEO of Swiss contract development and manufacturing organization (CDMO) Lonza.

Back in May, Lonza was contracted to manufacture both clinical and commercial supply of the vaccine candidate mRNA-1273 and the firm has revealed it is to make hundreds of millions of doses for Moderna.

â€śThe plan has always been 400 million,â€ť a Lonza spokesperson told Bioprocess Insider, with four manufacturing lines producing 100 million each. The first line is already operational at Lonzaâ€™s site in Portsmouth, New Hampshire, and three more lines will begin production at Lonzaâ€™s Visp, Switzerland site before the end of the year.

â€śWe could potentially add more lines, but this would be up to Moderna,â€ť the spokesperson added.

With Moderna aiming to produce more than 1 billion doses in 2021, Lonza is not the sole producer of mRNA-1273. Moderna has been using its own site in Norwood, Massachusetts â€“ which opened inÂ July 2018 â€“ throughout the development stage and has also inked contracts with CDMOsÂ CatalentÂ andÂ Laboratorios FarmacĂ©uticos Rovi.

* Since this story was published, Pfizer and BioNTech have announced a final analysis of clinical-trial data showed its Covid-19 vaccine was 95% effective