Emergent took a $54 million hit from remediation efforts and inventory write-downs at its Bayview plant and saw a $108 million reduction in its CDMO backlog. But now the firm is free to restart vaccine production for customer J&J.

Emergent BioSolutionâ€™s Bayview, Maryland facility had been contracted by both Johnson & Johnson and AstraZeneca to make their respective COVID-19 vaccines, but an ingredient mix up rendered 15 million doses unusable and landed the plant withÂ a Form 483 and a directive to stop productionÂ in April.

But yesterday, Emergent announced US Food and Drug Administration (FDA) has lifted the restriction, allowing the firm to resume production of the J&J vaccine bulk drug substance at the from the facility. 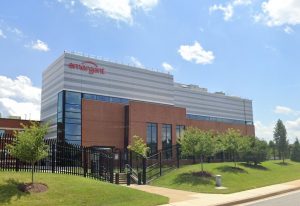 â€śThe FDA inspection of Bayview earlier this year identified a number of areas for improvement. Along with Johnson & Johnson, we established a comprehensive, robust quality improvement plan, which includes facility improvements, capability building and deployment of enhanced tools and controls. We reviewed this plan with the agency and immediately began its implementation,â€ť Emergentâ€™s CEO Bob Kramer told stakeholders.

â€śWe also made additional investments during the quarter in quality, compliance and operations. All of this work is in order to satisfy both ourselves as well as J&J and demonstrate to the FDA that weâ€™ve achieved a level of sustainable compliance that will allow us to resume production.

â€śWeâ€™ve made significant progress toward this goal and as we announced earlier today, we received the green light from the FDA to resume production at the site, which will continue to be the subject of routine inspections by the FDA.â€ť

However, such regulatory issues did not occur without cost for Emergent and its contract development and manufacturing organization (CDMO) wing.

For the quarter, the firmâ€™s CDMO gross margin of $144 million represented a decline of $97 million on the same quarter last year, reflecting the impact of $42 million of inventory write-offs â€śdue to raw materials and in-process batches at the Bayview facility that the company plans to discard as they were deemed unusable,â€ť CFO Rich Lindahl added on the financial call.

Furthermore, he highlighted a cost of $12 million incurred to remediate and strengthen manufacturing processes at the Bayview facility. The rest â€“ $43.1 million â€“ was attributed to product and service revenue mix weighted more heavily to lower margin products and services.

The firmâ€™s CDMO backlog, meanwhile, decreased $245.8 million compared to Q1 2021. Emergent attributed $108 million of this to negative contract modifications, the bulk of which came from its customer AstraZeneca. Emergent said its COVID-19 vaccine contract with the Anglo-Swedish Big Pharma at the Bayview site has been wound down over the past quarter.