ADC Bio has completed construction of a cleanroom in Wales, part of an $11 million bioconjugation facility set to serve the robust demand for antibody-drug conjugate (ADC) services.

The completion of the clean room forms part of the original secured investment for the construction of an $11 million (Ōé¼9.8 million) bioconjugation facility at ADC BioŌĆÖs new site in Deeside, North Wales, UK.

ŌĆ£Production is scheduled to commence once the entire bioconjugation facility has received it GMP accreditation from the MHRA, although the associated development laboratory is already in full operation,ŌĆØ Charlie Johnson, CEO at ADC Bio, told Bioprocess Insider. 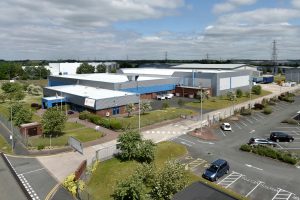 ŌĆ£We are announcing today that [engineering firm] WHP have completed their component of the construction of the facility.

The contract development and manufacturing organization (CDMO) began constructing the 6,500 m2 bioconjugation facility in 2017 and once fully operational it will support manufacturing in all clinical phases and small-scale commercial production of antibody drug conjugates (ADCs).

ŌĆ£The ADC pipeline is buoyant with large and growing numbers of ADCs progressing through clinical studies. As a result, there is increased demand for manufacturing capacity from capable CDMOs,ŌĆØ Charlie Johnson, CEO at ADC Bio, told Bioprocess Insider.

ŌĆ£More and more ADCs are entering clinical trials, and this is fueling the pharma and biotech sectorsŌĆÖ interest in transformative innovation to make manufacturing more efficient ŌĆō both reducing costs and quickening the pace at which antibody drug conjugates are produced for clinical studies.ŌĆØ

But while innovation in drug manufacturing is generally led by Big Pharma, many of the ADCs entering clinical trials belong to biotechnology companies that rely on CDMOs to develop manufacturing techniques and technologies, he said.

This, therefore, has driven CDMO investment in the space. Along with the North Wales manufacturing plant, ADC Bio has invested in its aggregation-control Lock-Release linker technology platform as well as a concurrent conjugation and antibody purification process. Other CDMOs that have also invested in ADC technology and capabilities recently include WuXi and Aji Bio.

Johnson described the heavy investment in the sector as a response to the high demand but warned that the complexity of ADC production will need to be addressed through further innovation.

ŌĆ£CDMOs looking to lead the market in the longer term will need to help reduce complexity in manufacturing ŌĆō simplifying the supply chain, helping to expedite development timelines and improve attrition rates. This requires industry-relevant innovation at the level of business systems and processes.ŌĆØ