The Swiss contractor and Danish bioscience firm set up the contract manufacturing organization (CMO) in April, citing biopharma interest as the driver.

Live biotherapeutic products (LBPs), as the name suggests, are living organisms. Unlike probiotics used to try to improve general health, LBPs are drugs intended to treat or cure disease. 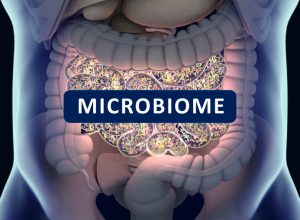 “LBPs are regulated as drugs and have to go through the usual clinical trial process and are manufactured under cGMP conditions,” Lonza spokeswoman Sanna Fowler told us.

The CMOâ€™s role is to set up the JV’s production and quality management operations. The JV will also use the enTRinsic capsule technology Lonza gained when it bought Capsugel in 2017.

Fowler said: “Standard enteric coatings do not work for LBPs, because the heat, humidity and oxygen needed to apply the coatings kill the microbes.”

“The enTRinsic capsule is specifically designed for intestinal release of biologics, including LBPs and gets the right strain load of bacteria, through the stomach intact and into the intestine.”

Fowler said: â€śMost microbes used as LBPs are strict anaerobes and the bacteria themselves are the main product.

â€śThis requires very different expertise and assets, which is why we teamed up with Chr Hansen, one of the biggest producers of anaerobic strains for the food industry.â€ť

The JV will start operating at a facility leased by Chr Hansen in HĂ¸rsholm, Denmark. In time, it will transfer to a purpose built site in Basel, Switzerland.

Fowler told us â€śLonza will offer colleagues from the capsules team the option of transferring to the JV.

â€śThis will allow the JV to immediately benefit from the drug delivery expertise and the colleagues will be able to work in a start-up culture of a new business.â€ť

Biopharma interest in LBPs is growing.

Advanced screening techs and better microbiome libraries have made it easier to find therapeutic bugs. Also, a growing number of drug firms are willing to use LBPs to address unmet medical needs.

â€śThere is a segment of specialized small companies passionate about developing LBP with specific expertise in anaerobes,â€ť said Fowler. â€śWe are also starting to see a few larger companies like Ferring or Takeda acquiring and partnering in this domain.â€ť

Demand for LBP manufacturing expertise is growing. â€śMany of the companies developing these therapies are small biotech who may not want to build in house or take CAPEX risk too early,â€ť Fowler added.

Another factor that prompted formation of the JV is the number of LBPs in development. â€śEven assuming attrition rates, we believe the market will need commercial manufacturing within the next few years.â€ť