An agreement between Novasep and Theravectys gives the French CDMO access to the Institut Pasteur’s DNA FLAP technology to produce GMP-grade lentiviral vectors for clinical.

The DNA Flap tech allows efficient lentivector-mediated gene transfer either ex vivo or in vitro. It consists of a specific DNA sequence derived from the lentiviral genome, which includes the cPPT and CTS cis-active sequences, required to enable the import of the lentivirus genome into the cell nucleus of non-replicating cells.

Theravectys holds a license from the Institut Pasteur covering the production of lentiviral vectors, but contract development and manufacturing organization (CDMO) Novasep has inked a deal with the biotech firm to use the platform for its customersâ€™ gene therapy, cell therapy, immunotherapy and vaccination projects. 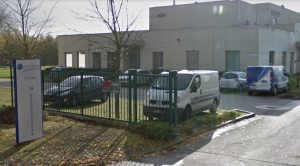 The license allows any customer that is not a licensee of Institut Pasteur to have the right to have its product developed and manufactured by Novasep.

â€śThis is particularly relevant for early stage clinical companies, that need to have a safe access to this patented technology,â€ť BlĂ©haut said.

Financial details have not been divulged.

The CDMO has capabilities to produce lentiviral vector supporting both clinical and commercial needs with production scale capable up to 2,000L single-use bioreactor, as well as process development, Fill & Finish, QC, QA and regulatory support.

â€śNovasep’ manufacturing facilities located in Gosselies and in Seneffe, Belgium can support flexible production technologies; We can provide adherent cell-based and suspension cell-based processes; Viral vector purification can be performed by standard ultracentrifugation based processes or scalable chromatographic processes.â€ť