Within the tides space, oligonucleotides hold the most opportunity for commercial success and growth say respondents of a KNect365 survey.

The oligonucleotide therapeutic market could be viewed as having suffered a false start. The potential of antisense oligonucleotides to silence specific genes was jumped upon in the 1980s with numerous companies investing heavily in the field and commencing hundreds of clinical trials. However, the unexpected complexity of oligonucleotide pharmacology somewhat dampened the sector.

And though the US Food and Drug Administration (FDA) approved the first gene-silencing antisense therapy in the form of Isis Pharmaceuticals (now known as Ionis Pharmaceuticals)/Novartis‚Äô Vitravene (fomivirsen) in 1998, the ‚Äòmajor breakthrough‚Äô in harnessing genetic information to make new drugs somewhat stalled. 20 years on, Vitravene is no longer available and there are only a handful of other oligonucleotides approved. 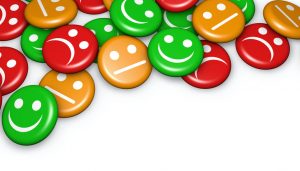 While most of these have not demonstrated commercial success, spinal muscular atrophy (SMA) treatment Spinraza (nusinersen) has bucked the tide. Approved in December 2016, the drug costs around $750,000 for the first year of therapy (dropping to about $375,000 a year after that) and pulled in $884 million for Biogen in its first full year of sales.

‚ÄúSpinraza has had one of the most successful rare disease launches of all time, bringing new hope to patients and their families,‚Äù Michel Vounatsos, Biogen‚Äôs CEO said in January 2018.

The potential of antisense oligonucleotides is reflected in KNect365‚Äôs life sciences tides survey. Of the respondents, nearly half (47%) said oligonucleotides hold the most opportunity for commercial success and growth. When broken down by type of respondent, this figure becomes as high as 82%. In comparison, only 14% said the same about mRNA therapeutics, and only 9% currently view CRISPR as commercially lucrative, despite the media attention.

This is despite the relatively few tides in later-phase development. 61% of respondents have peptide and oligonucleotide candidates in the preclinical phase, and 35% have potential therapies in Phase I. Only 17% have a peptide or oligonucleotide in Phase III, while 6% claim to have a commercial tide on the market.

Like with other biopharmaceutical products, sponsors rely on contract development and manufacturing organizations (CDMO) to develop and make both clinical and commercial tides. Only 18% of survey respondents said all their manufacturing activity was done internally.

‚ÄúThe Contract Services database from PharmSource ‚Äì a GlobalData product ‚Äì shows some industry outsourcing of oligonucleotide manufacture,‚Äù she said. For Biogen/Ionis, for example uses Patheon (now owned by Thermo Fisher) and Vetter for the manufacture of Sprinraza‚Äôs finished dose form, and PCI Pharma Services as the contract packager.

She added service firms are upping their capabilities to deal with the increased number of oligonucleotides entering the clinic.

There has also been recent investment in oligonucleotide manufacturing capabilities through CordenPharma‚Äôs expansion of its API facility in Boulder, Colorado, and in 2016 Agilent constructed a $120 million in Weld County, Colorado to more than double its commercial manufacturing capacity for nucleic acid active pharmaceutical ingredients.