Algenex says its insect pupae-based expression platform CrisBio could disrupt the biologics space as the EMA receives the first submission for a vaccine using the technology.

While the dossier submitted was for a veterinary vaccine, Algenex said this first submission helps validate the CrisBio platform and demonstrates the potential of the baculovirus-based expression system for both human vaccines and biologics. 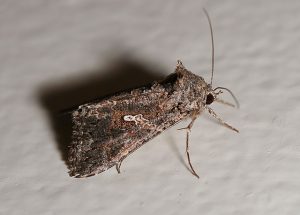 â€śWe have to date expressed more than 200 proteins and generated data in a number of protein classes,â€ť Claudia JimĂ©nez, general manager at Algenex, told Bioprocess Insider.

The platform uses insect pupae as a single use natural bioreactor. â€śMost of these insects produce silk, which is in essence is composed of two complex proteins,â€ť she explained. â€śSo if they are able to produce silk, the next step is to use them to produce other proteins.

â€śThis is done by programming the cells of the insect to produce the desired proteins though infection with a baculovirus. But instead of infecting insect cells and growing them in a bioreactor, which is the industry standard, we use the whole insect as production tool, de facto infecting the insect.â€ť

Algenex chose to use the cabbage looper (Trichoplusia ni) moth, which is the natural host of the AcMNPV Baculovirus vector, commonly used by the industry for this purpose. However, JimĂ©nez said the firm â€śwent one step further, which is using the insectsâ€™ pupae rather than the larvae, which allows us to automate the technology, making the technology even more scalable and robust.â€ť

The tech overcomes many of the limitations associated with using bioreactors with other expression systems.

â€śIn terms of timing and speed, it takes us less than 2 months to produce an antigen,â€ť said JimĂ©nez. â€śIn terms of scalability: In nine weeks we would be able to rear around 250 million pupae if we had unlimited capacity. We are able to inoculate several thousands of pupae in a day using the inoculation robot, and each pupae is able to express sufficient protein to get several vaccine doses per each pupae.

â€śNot only is scalability significant, but also linear, giving us full flexibility to scale up or down depending on protein requirements without having to do complex and expensive adjustments.â€ť

There are close to ten insect cell-generated products approved for human or animal use. Interest in such systems grew after the approval of recombinant vaccines made in insect cells such asÂ Cervarix in 2009,Â Provenge in 2010Â and the influenza vaccineÂ Flublok in 2014.