WuXi Biologics has achieved cell culture productivity for an Fc-fusion protein of 51 g/L and is confident it can be scaled up to 4,000 L.

Single-use bioreactors are limited to 4,000 L in capacity (though many biomanufacturers put 2,000 L as their upper limit). Using these bioreactors with mammalian cell line tech is problematic for large-scale commercial use due to the generally low productivity of such expression systems, usually sub-10 g/L.

But Chinese contract development and manufacturing organization (CDMO) WuXi Biologics claims it has achieved ŌĆ£a breakthrough in cell culture productivity for an Fc-fusion protein,ŌĆØ achieving productivity using a continuous cell culture platform of 2.5 g/L per day, equating to 51g/L over a 20-day process. 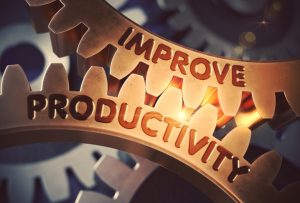 ŌĆ£We achieve this at 1-10 L scale and are confident that it can be scaled to the 1,000 to 4,000 L scale,ŌĆØ WuXi Biologics CEO Chris Chen told BioProcess Insider. ŌĆ£The process can be run for as long as 120 days.ŌĆØ

He attributed this to both the cell line and WuXiŌĆÖs proprietary WuXiUP (Ultra-high Productivity) continuous process platform. For not the firm is working with Chinese hamster ovary (CHO) expression system, Chen added.

If the productivity levels scale up as claimed, a 1,000 L single-use bioreactor will be able to produce more than 30 kg of monoclonal antibodies (MAbs), the firm claims, or 500 kg per year. When used with a 2,000 L or 4,000 L single-use bioreactor, the system will not only compete with the productivity of 15,000 to 20,000 L stainless steel tanks, but also ŌĆ£expedite product launch and significantly reduce the Cost of Goods of a commercial product,ŌĆØ the firm says.

In 2017, the CDMO opened what it said was the worldŌĆÖs largest fully single-use biomanufacturing plant in Wuxi City, China, with 28,000 L of disposable capacity. But over the next four years, the firm plans to open 10 more fully single-use plants globally, including a 60,000 L plant in Wuxi, and a facility in Mullagharlin, Ireland with 48,000 L of fed-batch and 6,000 L of perfusion capacity.