In early April, I chatted with the chair of ESACT, Florian Wurm, a professor of biotechnology in the faculty of life sciences of école Polytechnique Fédérale de Lausanne in Switzerland.

As chairman of ESACT, what are your duties? How is the chairperson selected, and how long does he or she serve? How long have you been chair? The ESACT chair is elected from among the members of the executive committee, which are elected by the membership. The executive committee organizes board meetings twice a year. A good deal of our time goes into making plans for the next ESACT meeting, in collaboration with the planning committee made up of volunteers from among the members. ESACT meetings are held every other year and are the highlights of our organizational activities. ESACT membership is relatively small, but our conferences are large; we have between 800 and 900 people in attendance at a typical meeting. It is a huge task for volunteers to put together such a meeting as this. Ours is really the only meeting of its kind; no other meeting in the world comes close to our diversity and level of science.

All ESACT committee members, including the chair, are volunteers. As chair, I am the spokesperson for the executive committee and for ESACT as a whole. It is my job to use, share, and pass on the knowledge gained from my predecessors — and to pass on what I have learned to my successor. A chair serves two rounds of two years each, so a term is four years. I am in my final round now.

ESACT was established in 1976. I became a member in 1987, and I’ve been on the executive board since 1996. As I said, one of our roles is to preserve and pass on knowledge. We all learn by exposure to one another. Our meetings are science-oriented and aim to identify and share new technologies in animal cell technologies. Although most of those technologies today involve bioreactors, we are open to and eager to learn about other technologies — stem cells, for example — that will eventually yield products. Our membership includes academic and industrial researchers, and one of our major aims is to represent those researchers to the regulatory agencies. 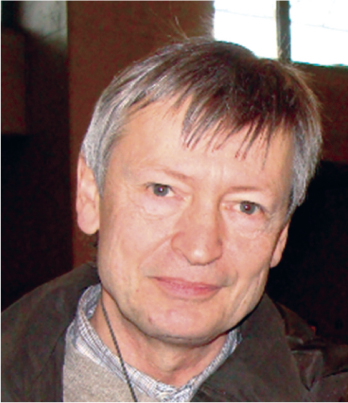 There will always be regulatory issues around new technologies in our field, and that is as it should be because safety has to come first. When I joined ESACT more than 20 years ago, there were no products being made from recombinant cell lines. It was a huge effort getting the regulatory agencies to even consider the science. It took scientists from all over the world, joining together in groups such as ESACT, to convince regulatory authorities to take a look at the potential of animal cell technologies.

What is your area of focus or most important contribution as chair? I come out of industry. I worked for about 15 years in industry before becoming a professor. I am interested in industrial work and the application of the science that researchers bring to light. I own a company that deals with all aspects of work required to bring a DNA-based concept to the reality of a protein in a vial for treatment of patients. I am close to the needs of industry. I try to encourage my colleagues in industry to come forward with ideas and concepts, whatever they can share without violating proprietary agreements. We all face the same problems, and they can’t be solved alone. By engaging in meetings where we listen to one another closely and share as openly as possible, we progress as a community. We do things 10 times, 100 times better than we could do on our own.

Why are ESACT meetings important? I’ll give you an example. I started in industry in 1980 as a young scientist. There was a very strong research focus in vaccine development, especially viral vaccines. Cells are a main component of those systems. For egg-based vaccines, you need chicken embryos, and you need monkey cells for polio vaccine. The history of animal cell culture goes back to 1950, when Jonas Salk developed the polio vaccine: He came up with the idea to use monkey cells. A huge number of vaccines are based on cells, and the technology is very, very complicated. And because of the regulatory framework, once your technology has been standardized, once you have a product, the technology cannot change, not without a lot of expensive, complicated validations to gain approval of the regulatory agencies. Evolution in the industry was slow because of that inherent conservatism in this highly regulated industry. In the 1980s when recombinant cell line technologies were first introduced, they were, again, extremely complicated and fraught with shortcomings. But some people could see the potential. When I joined Genentech in 1995, we needed to produce 50 kg/year of human tissue-type plasminogen activator (tPA), but we ran into hurdles. Our primary cell lines could not be scaled up successfully, for one thing.

I was one of the first to use CHO cells. There were many questions: Could we grow them in deep tanks, for example? It took us many years and lots of scientific exchange with regulatory people to have this animal-cell–based concept accepted by regulatory agencies. They were worried about things like whether patients could get cancer from therapies expressed by cancer cells. Both perfecting the technology and convincing the regulatory agencies to consider it required good science. But good scientists are often bound by secrecy, making it difficult or impossible to share our knowledge with one another. Those issues slowed progress.

ESACT decided to invite the regulatory people to its meetings. The organization decided to share what it knew with regulators as well as other scientists; what was possible, what the actual risks were and were not, how we knew, and how the real risks were being addressed. We envisioned an open community of science and industry, individuals and companies scattered across the globe, ready to open their mouths, ready to come together for the common good. Today, tons of highly regulated products of ultrahigh purity are produced yearly. That is the benefit of an international academic society such as ESACT.

Why is 2009 a particularly important year to attend ESACT? Any year that there is an ESACT meeting is an important year to attend! Now though, we are progressing so fast in terms of technology, with so many sources of information such as the human genome project, learning how genes work, knowing how to grow cells in big tanks, it seems prudent to keep up with all that’s going on in the best ways you can. And because the costs for biological drugs are very high, there will be enormous economic pressures for anyone working in animal cell technology in the coming years. Attend to find technologies today to help make medicines affordable and available in aging societies tomorrow. Attending gives companies a chance to rethink what they will be dong for the next 20 years.

It appears that ESACT membership is closely guarded. Why is that? We thought about it a lot. We want people who are in this for the long term. Our science is so complicated and commercially very competitive as well. We don’t benefit from people who come in and out. If a young scientist wants to join us, I ask, “Why are you interested? How long do you think you’ll be in this line of work? Can you imagine making a career out of it?” We welcome new members who are committed to the science and technology of animal cells (for product generation) and who want to make a contribution.

What is the composition of the proceedings that are published after each meeting? Are they sold to the public? The proceedings (www.esact.org/proceedings.html) can be purchased, and they are not very expensive. Every presenter who publishes his or her paper in the proceedings gets a free copy, and ESACT members have access online. They are a tremendous resource. Besides the papers from each presenter, they include transcripts of the discussion sessions. It can be very valuable to look back, 10 or 20 years later, and read what was being said about a particular topic.

I came across the expression of interest (EoI) for Animal Cell Technology Industrial Platform (www.actip.org), with which ESACT is involved and helped create (www.esact.org/download/EoI_annex_3_ACTIP_training_prop.pdf). Why is there a “current and future shortage of qualified personnel” at all levels in animal cell culture technologies? ESACT is member of the Animal Cell Technology Industrial Platform (ACTIP), which involves companies engaged in animal cell culture activities in helping to train a future generation of workers in that field. The problem is there are very few academic institutions doing research in animal cell technology. A lot of researchers in basic (biological) sciences are doing it on a small scale, but they are talking petri dishes and small bottles — nothing really relevant for larger-scale technology. Few academics have the skills and knowledge to work in industry in animal cell culture technology. It’s not easy; it’s complex. There is so much to learn and understand when one wishes to work for the generation of products for medical use. ESACT supports courses to train young scientists who are interested in this complex science.

Unfortunately, in modern societies the hard sciences seem to be less attractive to students than the softer sciences. We are able to address scientists who have finished their education in a field of science and would like to transfer into the field of animal cell technology. The industry is growing 10–15% a year; mammalian cells produce more than $50 billion worth of products annually, with each blockbuster selling in the multibillions. We need young scientists to carry on this work.

On a personal note, you moved from industry to academia. Can you tell me a little about that? I began my career in industry, working with CHO cells, but I found it hard to work in Germany because of the public perceptions about genetic engineering. I went to Boston, where I spent two very good years at Harvard Medical School. Then in 1985, I went to work for Genentech, where I became involved with tPA, the first product using mammalian cells. I was involved in many rewarding projects there, and I learned a great deal about working with regulatory people. In 1995, my kids were threatening to grow up, and my wife and I decided to return to Europe so they could complete their educations there. I was lucky enough to become a professor, where I can follow my passions doing research in the field of animal cell culture.

When did you establish your company, ExcellGene SA (www.excellgene.com)? What is the status of the facility mentioned on the website? I started ExcellGene seven years ago as a science- and technology-driven service provider to the pharmaceutical and biotechnology industries. It is privately owned and now employs 23 people, including me as CSO and interim CEO (along with my full time job as a professor).

We do have a small GMP facility in Monthey, Switzerland, that has passed its first level of technical clearance. We hope to obtain from the Swiss Medical Association full approval for use with productions up to the 100-L scale.

What message would you especially like to send to our readers? I am very strong on trying to encourage young scientists — and also mature scientists or managers in this industry — to join ESACT and help us grow this society further. I see tremendous need for our technology. It’s a complicated technology and a challenging one, but it is worthwhile and rewarding because we have something important to do.

So please contact a member of the executive committee if you are interested in becoming a member. You can find their names online at www.esact.org/committee.html.