Figure 1: Respondents’ assessment of project failure or delay because of formulation challenges

A market study presented for the first time at the Bio-Europe 2018 conference confirmed those challenges and the need for solutions (1). The study was based on the 2018 Survey, “Formulation in the Drug Product Development Process,” from Informa Pharma Intelligence, which was initiated by Rentschler Biopharma SE and Leukocare AG. The results provide current insights into the status quo and future of drug product formulation and its potential to refine all steps in the biopharmaceutical value chain. The 150 respondents work in the biopharmaceutical industry in a wide range of job functions, with clinical development and drug development the most prevalent. 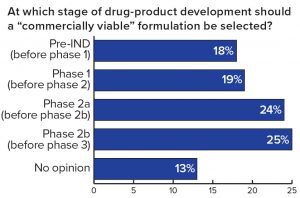 Figure 2: Respondents’ assessment of the perfect moment to introduce a commercially viable formulation

Importance of Early Stage Formulation Currently Underestimated
One important fact revealed by the study is that ~60% of the respondents have experienced formulation issues leading to the failure of drug development projects or significant delays — confirming that formulation is a key element of drug development. A further finding was that, of the projects that were delayed or that failed because of formulation challenges, over 50% of the respondents reported a delay of more than 12 months, and 10% experienced complete failure of a project (Figure 1). Given such obvious and significant impact on the success of drug development, it is surprising to see that about half of all respondents thought the introduction of a commercially viable formulation should take place only during or after phase 2a clinical trials or as late as the start of phase 3 trials (Figure 2) 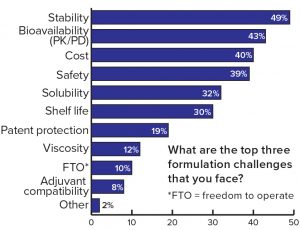 Figure 3: Respondents’ assessment of the most important formulation challenges

Each formulation development poses many challenges. Frequently mentioned challenges in this study were stability, bioavailability, and cost (Figure 3). On the other hand, many opportunities can be realized if formulation is properly considered in early drug product development, and an optimized formulation is developed. For example, criteria such as longer shelf life, intellectual property (IP) advantages, accelerated market entry, and especially reduced costs are vital considerations to the success of a drug. 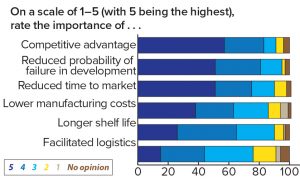 Figure 4: Respondents’ assessment of the important decision criteria in formulation

When asked about important aspects of formulation, 83% of respondents attributed competitive advantage to be very important or important on a five-point scale, and 75% found a reduced time to market to be very important or important (Figure 4). The competitive advantages to be gained from strategic formulation planning are potentially vast. For instance, a vaccine that must be transported in cold storage or frozen becomes expensive and bulky to transport, whereas a vaccine that can simply be transported at 4 °C or room temperature is relatively inexpensive to transport, which potentially opens up larger geographical markets. Ease of use is another element of a successful formulation. Intravenous (IV) is fine in hospitals with trained administrators, but it can be expensive and inconvenient both for patients and physicians, especially with prolonged injection duration. Subcutaneous (SC) administration gives enormous flexibility and the potential for self-administration in treatment of chronic diseases. Finally, improving the safety profile of a biologic through changing from IV to SC can sometimes add enormous value to patients and a pharmaceutical company. 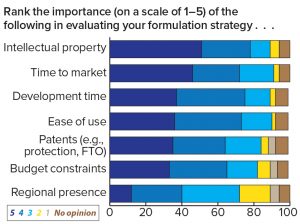 Figure 5: Respondents’ assessment of the importance of decision criteria when evaluating a formulation strategy

Investment in Early Stage Formulation Set to Increase
Survey respondents revealed plans to invest more funds in early stage formulation, as indicated by a three-fold increase of companies planning to spend US$1–5 million on formulation per project over the next five years. Those results demonstrate that the industry is expecting an approximate mean average doubling of investments, indicating that companies are beginning to understand the real potential of drug-product formulation. However, the question remains whether current spending on formulation is adequate given the importance that respondents allocate to the task. The indicated increase also could relate to the growth of biosimilar and generic drugs and whether those types of investments can improve a drug developer’s competitive position for early market entry, pricing, and ease of use. This view is backed by the survey in which IP, time to market, and development time topped the respondents’ formulation priorities in response to the question: “How important are the following considerations in evaluation of your formulation strategies?” (Figure 5).

It has become clear that commercial aspects need to be considered when evaluating a formulation strategy, but to our surprise, this is not reflected in the “departments included in the formulation decision making process.” Instead, the data show that commercialization specialists such as business development, management, and marketing and sales seem to be involved to a much lesser extent at the earlier stages of decision making than are formulation, bioprocess, drug product, and clinical development. According to the survey, the latter four are the main decision-making departments at the early stages of drug-product development.

The survey reveals many different understandings of formulation’s potential for overcoming drug development challenges. For instance, the costs of putting clinical trials on hold for reasons of formulation are significant and often put massive pressure and risk on R&D budgets. Beyond this, already anticipating at an early stage what the market position of an approved product will be can facilitate a company’s development of business and licensing deals as well as the best positioning of its IP.

Major Development Potential for the Biopharmaceutical Value Chain
At the moment, many companies have yet to realize how a focus on drug formulation in the developmental process can have an important impact on the successful commercialization of a product. Adding value to the strategic planning of a commercially viable formulation early in the drug development process opens up a variety of value creation opportunities through time-to-market optimization, increased success rates in development, creation of a competitive drug-product profile, and definition of IP benefits. This is relevant for both pharmaceutical companies and biotechnology companies, whose strategy often involves out-licensing packages that must provide the highest quality to a pharmaceutical partner in every aspect. The future of drug formulation, therefore, lies in optimal formulation development in early phases of drug product development, when companies can realize an enormous potential.

High-Concentration Subcutaneous Formulations As Value Drivers
The stability and competitiveness of formulations have a major impact on both costs and value in many ways. Direct costs are reflected in the invoice value, but indirect costs are not that obvious (e.g., regulatory issues, brand risk, loss of product efficacy, back-office invoicing, cost of packaging, product losses, management time, patient safety, cost of monitors, and recovery of products). Value on competitiveness often is underrated in early development and may trigger possibilities for competitors to pick up greater market share even when they are second or third to market. In recent years, development of therapeutic antibodies and proteins also for chronic diseases has become more and more promising, but intravenous injection or the need for high dosage amounts of a therapeutic protein are key limitations of commercial success/applicability, as are considerations for patient convenience and quality of life.

One example of how attention to formulation can improve a company’s competitive position is drawn from the field of therapeutic antibodies for treatment of psoriasis. The three approved and commercially available products offer quite different formulation characteristics and benefits (see Table 1).

Table 1: Increasing convenience for patients by improving the administration scheme and storing the product at unrefrigerated temperatures during use and application (MAbs = monoclonal antibodies; SC = subcutaneous injection)

By assessing and addressing advanced formulations from the very beginning, a company can gain a competitive edge by building a strong drug product package already at first launch.

As another example, amino-acid based SPS® (Stabilizing and Protecting Solutions) formulations significantly improved stability of the therapeutic IgG1 antibody Herceptin (trastuzumab) during various stress conditions within different processing steps — during rebuffering using dialysis, concentration (e.g., to 200 mg/mL) as well as during storage under accelerated aging conditions — even in highly concentrated liquid formulations. 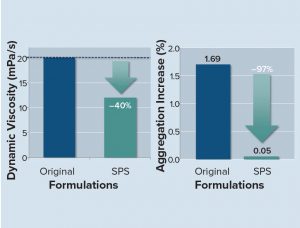 In one study, researchers stored SPS-formulated, highly concentrated liquid trastuzumab formulations and the untreated original, a liquid trastuzumab formulation (both at 200 mg/mL), under accelerated aging conditions at 30 °C. At indicated time points, the structural and chemical integrity of the antibody was analyzed using SE-HPLC and CEX-HPLC. In addition, the dynamic viscosities of the SPS formulations were analyzed in comparison to those of the original formulation. 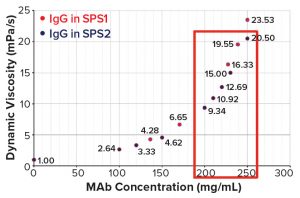 Other data created with an undisclosed approved therapeutic IgG1 show that concentrations up to 250 mg/mL could be reached with SPS formulations within an acceptable threshold for syringeability (Figure 7), opening new routes for subcutaneous administration of highly concentrated therapeutic antibodies, especially for chronic diseases such as the plethora of autoimmune diseases.

The formulation motto of the future should be “Do it right the first time.” In implementing this approach, Rentschler Biopharma’s and Leukocare’s strategic alliance, founded in 2017, supports both established and new customers, enabling more efficient and successful drug development from gene to vial.